The jobs are create­d after liftin­g ban on recrui­tment wherea­s women’s employ­ment is encour­aged
By APP
Published: June 10, 2017
Tweet Email 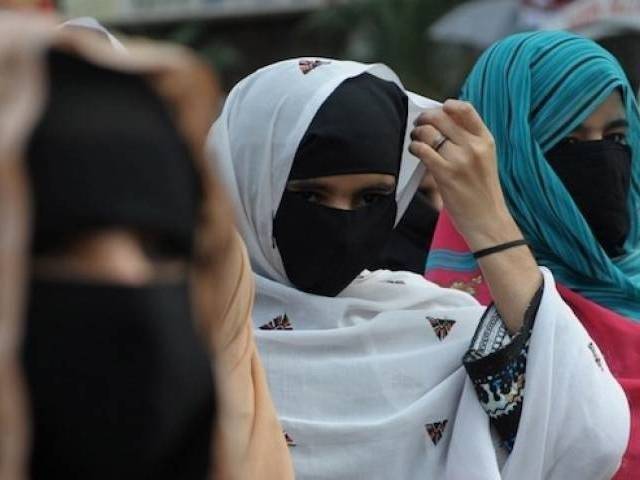 The jobs are created after lifting ban on recruitment whereas women’s employment is encouraged. PHOTO: AFP

ISLAMABAD: Government has created 25,000 posts for women at different tiers besides 70 per cent jobs in primary education during year 2016-17.

The jobs were created after lifting ban on recruitment whereas women’s employment is encouraged, and the government has announced a 10 per cent quota for women in public sector employment, Punjab raised this to 15 percent and Sindh to 25 per cent.

According to Economic Survey 2016-17, government has taken number of steps for women empowerment in the country. In this regard Punjab Fair Representation of Women Act 2014 ensures 33 per cent representation of women on all boards of statutory bodies, public sector companies and other such institutions.

Pakistan Army has started recruiting women officers in other than medical and education corps, Pakistan Air Force also has women fighter pilots on duty alongside their male counterparts, an official of ministry of Human Rights said.

He said that PM Nawaz had directed to ensure 50 per cent participation of women in PM’s Youth Loan Schemes for the empowerment of women.

In order to promote innovative ideas based on business plans leading to solution of social problems, the government has established a Centre for Social Entrepreneurship at a cost of Rs178.43 million.

The project is unique in nature for addressing social issues through innovative business plans and women are equally encouraged to grow as an entrepreneur.

Under Benazir Income Support Programme interest free financial assistance has also been provided to the female beneficiaries under their Waseela-e-Haq (Micro-finance) programme to start their own business.

Commission for Status of Women to inform callers about govt jobs

Vocational and Technical Training of one month to a year’s duration, to the female beneficiary or her nominee is provided under the Waseela-e-Rozgar (Technical and Vocational Training) programme (target is 150,000 beneficiaries) with a Rs6,000 monthly stipend for each trainee.