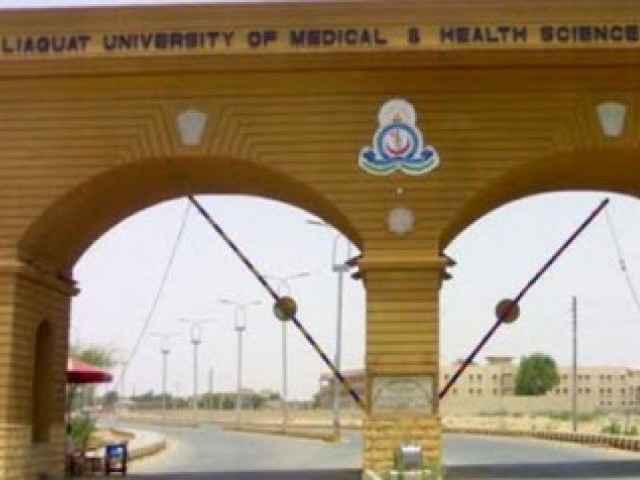 HYDERABAD: As Bilawal Medical College, which will exclusively offer medical education to male students in Jamshoro, awaits approval from the Pakistan Medical and Dental Council (PMDC), allegations of irregularities have started to pour in.

Announced in 2014 by the vice-chancellor (VC) of Liaquat University of Medical and Health Sciences (LUMHS), Jamshoro, Prof Dr Noshad A Shaikh, the college has yet to receive official approval and induct its maiden batch.

“The VC has done everything to spoil the name of Pakistan Peoples Party (PPP) Chairperson Bilawal Bhutto Zardari,” alleged a Jamshoro-based PPP leader, Lala Rehman, at a press conference. “He [the VC] has embezzled millions of rupees in the college’s name.”

Naureen was not recruited by terrorists from university: LUMHS VC

The college is envisioned to balance what LUMHS views as a disproportionately higher number of female students graduating from the university, who are reluctant to work in rural areas. It will offer one hundred slots for admissions in the first batch at a fee which will be higher than what the students pay at LUMHS, ranging from Rs500,000 to Rs600,000 per year.

Following the announcement on September, 2014, the PMDC wrote a letter to the federal and provincial health secretaries recommending gender quota at 50% for each male and female students in medical universities and colleges.

Rehman accused Shaikh of laundering money and demanded accountability. He went on to allege that though the college has yet to go through the process of obtaining the PMDC’s approval, the newly-appointed faculty is being paid salaries for the past year.

“I appeal to the agencies investigating corruption to begin a probe against Shaikh and to put his name on the Exit Control List,” Rehman demanded.

In December last year, a group of LUMHS teachers, led by Prof Dr Sohail Ahmed Almani, filed a petition in the Sindh High Court praying to cancel appointments in the college and LUMHS.

In reaction, LUMHS, which initiated the college project in its premises in a former boy’s hostel, rejected the allegations while describing them as an attempt to malign the university.

“The university announced to establish this college over two years ago with the intention to overcome the shortage of male doctors in the province,” said Dr Saroop Bhatia, the deputy registrar and varsity spokesperson.

He denied any delay on part of the university. According to him, PMDC’s requirements of the college’s infrastructure and faculty have been met. “The university is in constant contact with PMDC and, hopefully, the college will be approved within the next couple of months,” he assured, adding that the first college intake will be announced in 2017.

Between Sindh and Balochistan: CM sheds light on ‘terrorist movement’ on porous border

“We have fulfilled the requirements of the college building and faculty. Now, the VC is trying to arrange a teaching hospital for the college,” Prof Dr Ikramuddin Ujjan, focal person for the college project, told The Express Tribune.

Meanwhile, he denied that the college’s faculty were drawing salaries for around a year, clarifying that the appointments were made in January this year.