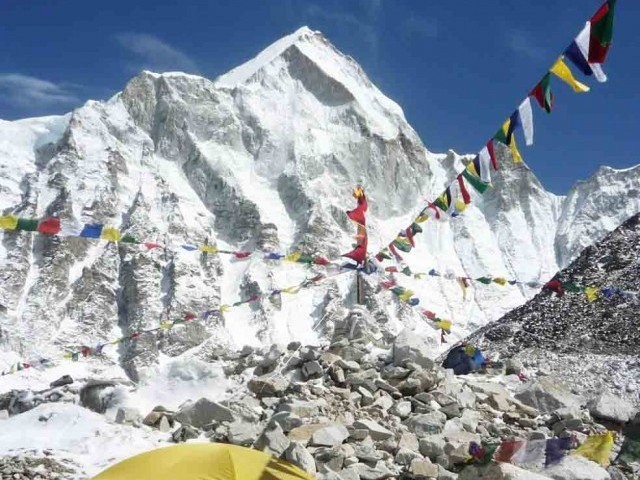 ISLAMABAD: Pakistani mountaineer Colonel (retd) Abdul Jabbar Bhatti, who recently became the fourth Pakistani to summit the world’s highest peak, Mount Everest, said on Thursday he was proud to be back home after accomplishing the feat.

“I’m really happy to hoist the national flag atop Mount Everest. These are proud moments for me,” he told media after his arrival at Islamabad Airport from Kathmandu Nepal. Bhatti along with a Nepali mountaineer encountered difficulty in climbing down due to a lack of oxygen on base camp IV from where they were rescued and taken to base camp II.

He underwent one week treatment at a hospital at Kathmandu. An accomplished mountaineer, he has been able to survive the merciless high altitude environments in the Death Zone above 8000 metres for over four days.

“The way I was assisted by the people there is indescribable,” he added.

Bhatti, who himself managed the finance for his Rs6 million trip, said he has been thankful to the people of Pakistan from the outset of his journey for they were praying for his success and safe return.
The mountaineer has successfully scaled Broad Peak (8,051 metres high) in 1985; Gasherbrum 2 (8,035m) in 1986 and Spantik Peak (7,027m) in 2012.

Before he conquered the highest peak, Pakistani mountaineers Nazir Sabir, Hasan Sadpara and Samina Baig also climbed up to Mount Everest and made records.