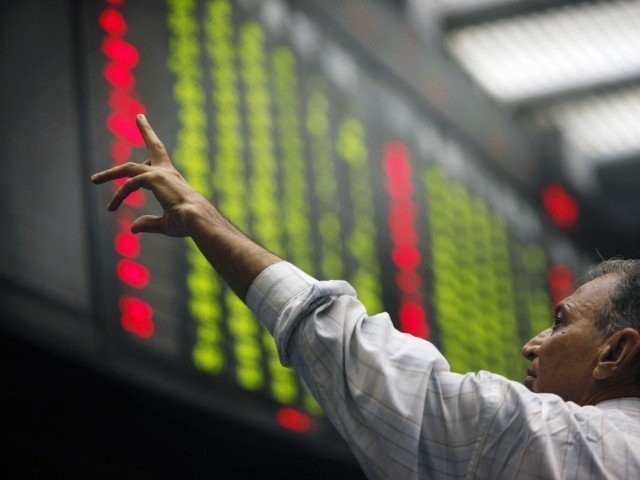 KARACHI: The KSE-100 took another battering on Wednesday – its fifth successive finish in the red – as stocks slated for inclusion in the MSCI Pakistan Index underwent massive selling pressure.

According to a report by Elixir Securities, equities closed the last day being classified as MSCI Frontier with a record flow exchanging hands given transition to MSCI Emerging Market.

“A great step ahead for Pakistan capital markets was, however, greeted with the red as benchmark KSE-100 Index tanked 1.7% primarily on profit-taking in Emerging Market stocks,” said analyst Ali Raza.

Stocks take another hammering as taxes drive away investors

“Against expectation of a few market players, most FII transition flows went through off-market (NDM) with $273 million worth exchanging hands while possibly residuals flooding the system as $508 million traded on PSX, highest since mid of 2008. 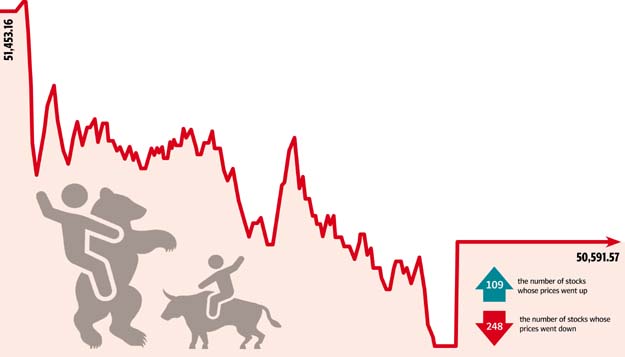 “The exploration and production sector lost value to close in the red zone as oil prices fell by 1% as rising production have led to concerns on OPEC-led output deal.

“Oil and Gas Development Company (-4.35%) and Pakistan Petroleum (-4.27%) were the major laggards of the mentioned sector. Selling pressure was seen in the cement sector where sector heavy weights Lucky Cement (-4.70%) and Maple Leaf Cement (-3.14%) closed in the red trajectory. Moving forward, we recommend investor to stay cautious at current levels,” he added.

Shares of 382 companies were traded. At the end of the day, 109 stocks closed higher and 248 declined while 25 remained unchanged. The value of shares traded during the day was Rs53.34 billion.

Foreign institutional investors were net sellers of Rs8.58 billion during the trading session, according to data maintained by the National Clearing Company of Pakistan Limited.