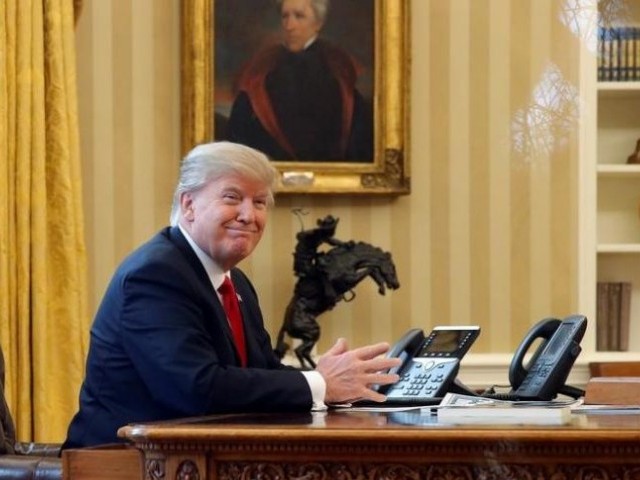 Not for the first time, a Donald Trump tweet has lit up the internet. But this time, users the world over have been left scratching their heads over “covfefe”: a bizarre word apparently created by the president. 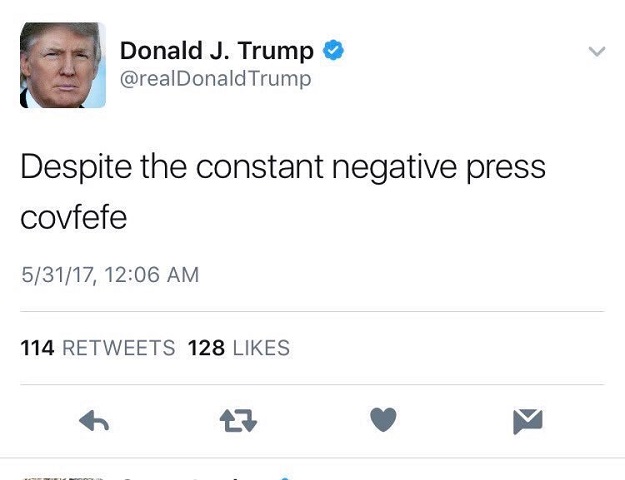 Who can figure out the true meaning of "covfefe" ??? Enjoy!

Was it an acronym? A secret message? Or just a typo?

Wags around the world weighed in with biting sarcasm, and #covfefe quickly became the top trending item on Twitter.

I just deleted a tweet because I spelled covfefe wrong. so that's where we are now.

I'm thinking #Aqenbpuu if it's a boy and #Covfefe if it's a girl. pic.twitter.com/NAcMclHuie

Comments included a mock Google translation of “covfefe” from Russian into English as “I resign,” and comments like “Drain the covfefe” – a play on Trump’s promise to “drain the swamp” in Washington.

Comedian poses with decapitated Trump head and no one is amused

This is #covfefe translated from Russian. pic.twitter.com/1Im7ZzLO0Y

To avoid confusion, the Regent’s English Language Center in London wrote: “To all of our English language students, we can confirm that ‘covfefe’ is not an English word. Yet.”

To all of our English language students, we can confirm that "covfefe" is not an English word.

Urban Dictionary on the other hand…

Since entering office, Trump has used Twitter to issue declarations on everything from Arnold Schwarzenegger’s TV performance to an alleged “MASSIVE trade deficit with Germany.”

The 6 most mysterious unsolved murders of all time