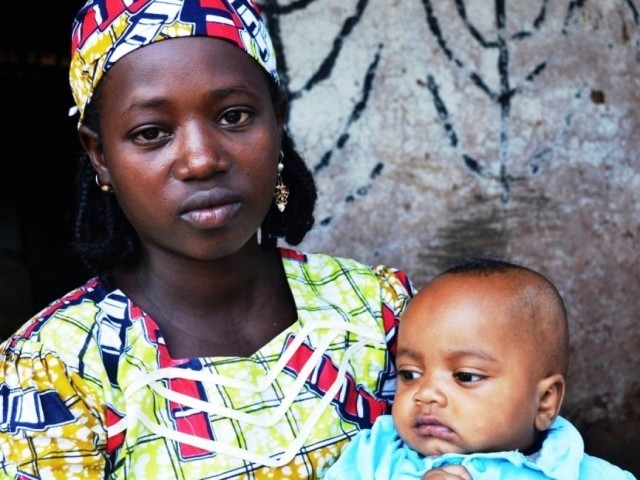 THIES, SENEGAL/MAHOU, MALI: Pregnant and abandoned by the father of her unborn child despite his promises of marriage, 16-year-old Coumba did not think her plight could get any worse – until she told her family.

“My mother said she regretted that I was ever born,” the teenager told the Thomson Reuters Foundation in an empty classroom of a secondary school in the Senegalese city of Thies. “The whole family reacted so badly, and mistreated me during my pregnancy,” she added, her voice faltering and eyes welling up as she recalled the “humiliation I brought upon my parents”.

Child marriages in West Africa are driven by factors ranging from building ties between families and communities, to easing poverty by having one less mouth to feed and taking a dowry.

Yet the root cause is not related to money or goods, as commonly thought, but marriages are agreed to avoid the family’s shame of having an unmarried daughter who has sex or falls pregnant, according to recent research by Plan International.

US state could become first to enact blanket ban on child marriage: activists

West and Central Africa have some of the world’s highest rates of child marriage – three in four girls in Niger, and more than half in Mali, are married by the time they turn 18 – according to the United Nations children’s agency (UNICEF).

And the number of child brides in the region is set to soar to 12 million in 2030, from around eight million today, UNICEF data shows, amid booming population growth across the continent.

For while the legal age of marriage for girls in many countries is 15 or 16, they may be wed at a younger age under Sharia or customary law in religious and traditional weddings, which are more common than civil marriages across the region.

Campaigners say approaches to tackling child marriage in West Africa must focus on more than just poverty and address the importance of honour and shame if the world is to meet a United Nations global goal to end the practice by 2030.

“At the center is gender inequality,” said Lakshmi Sundaram of Girls Not Brides. “Change on child marriage will happen within communities when parents can see an alternative future for their daughters, and girls are able to pursue their dreams.”

Child marriage often cuts short a girl’s education and increases the possibility of death in childbirth or injuries. Yet the fear of shame and stigma of having a daughter who gives birth outside of wedlock tends to outweigh concerns about the health risks, experts say.

Verifying a bride’s virginity, which represents her family’s honour, is woven into wedding ceremonies across West Africa. The morning after a marriage, bloodstained white sheets may be celebrated a sign of pride for the girl’s family, said the report by Plan. But if the bride cannot prove she was a virgin, she loses part of her dowry and brings shame on her relatives.

Campaigners say education is key to challenging the concept that a family’s standing is tied to their daughter’s virginity.

At a secondary school in the village of Mahou in southern Mali, teachers are working with local health staff to educate pupils about issues such as contraception and family planning.

“The pupils are eager to learn and access such services, but parents are scared it may make their children more promiscuous,” said Adama Kouyate, a biology teacher at the school in Mahou.

Despite such fears, being in school and getting good grades can persuade a girl’s parents to allow her to finish her education before marriage is even considered, according to Plan. Yet if schools are too far away or the costs too expensive, child marriage is often seen by parents as the only alternative.

“Delaying the age of child marriage is a critical milestone on the way to preventing it altogether,” said Ramatou Toure-Merlo of UNICEF in Senegal.

Several child brides in Thies, Senegal, said their husbands’ families had told them they could stay in school after marriage but some were still taken out of class for domestic work.

“Girls can plan around marriage and receive promises … but this is too easily pulled away by the husband’s family,” said Yacene Ciss, member of a child protection committee in Thies.

Bring in the boys

Men and boys must also be involved in discussions about honour, shame and girls’ rights, as little is known about their views towards and experiences of child marriage, activists say.

They must be informed not only about the harmful impacts on girls, but the ramifications for their own futures financially, given the responsibilities of paying a dowry, paying for a home and looking after a family, said Anta Fall of Save the Children. “Marriage can be a huge barrier for a young man’s life and undermine his chances to achieve what he really wants for himself,” said Fall.

Faty Kane of Plan said community-based efforts are more effective than legal interventions because even if a girl an her family are aware of the law, they may lack trust in the justice system, be too poor, or fear social stigma to pursue justice.

“Criminalisation may do more harm than good,” Kane said. “Attacking a revered social institution without providing any alternatives may drive it underground, thus exposing girls to higher risks and hindering dialogue with communities.”

In her school in Senegal, Coumba, now 18 and the mother of a two-year-old boy, said she was relieved to have regained the support of her family, and to be able to continue her studies.

Yet the aspiring nurse could not contain her anger as she spoke about the attitudes towards girls within her community. “Girls are judged while boys get away with everything. They lie and do anything they want just to sleep with you,” she said.