Plan devise­d to keep a check on reckle­ss drivin­g at Iftar time
By Our Correspondent
Published: May 28, 2017
Tweet Email 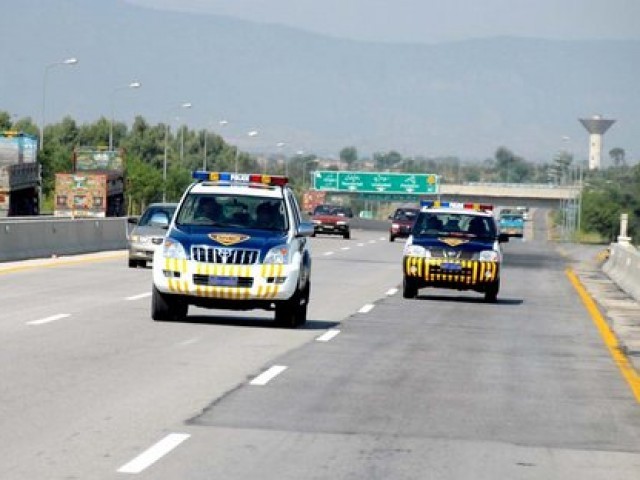 Plan devised to keep a check on reckless driving at Iftar times.

LAHORE: National Highways and Motorways Police have devised a plan to control speeding at the time of Iftar during the holy month of Ramazan.

The NH&MP spokesperson said analysis revealed that the volume of traffic increases during the Iftar time. In such circumstances, there are increased chances of accidents due to speeding , tyres bursting and dozing at the wheel.

The Motorway Police Central Zone has devised special and prompt strategies to curb accidents on highways.

DIG N-5 Central Mirza Faran Baig directed all beat commanders/DSPs , operations  and admin officers to remain on the highway one hour before Iftari as this is the time that most drivers indulge in speeding and reckless driving.

The officers were asked to check speeding vehicles through cameras to prevent any untoward incident. The officers were also directed to ensure the use of hooter and horns whenever any HTV vehicle or passenger bus passes them, especially in the late hours of the night. During the night, special crime squads will be deployed in all the sectors from Lahore to Rahim Yar Khan and all the beat commanders will ensure more vigilant and effective patrolling in their area of jurisdiction.

All the beat commanders have been asked to arrange Sehri and Iftari for the officers on duty. The officials were further been directed to extend prompt and meaningful help to people in distress on the roads.

The patrolling officers have been especially asked to observe maximum tolerance with commuters as tempers tend to flair towards the end of the fast.