Met office offica­l says weathe­r will remain “extrem­ely hot” in the city till the end of May
By Our Correspondent
Published: May 27, 2017
Tweet Email 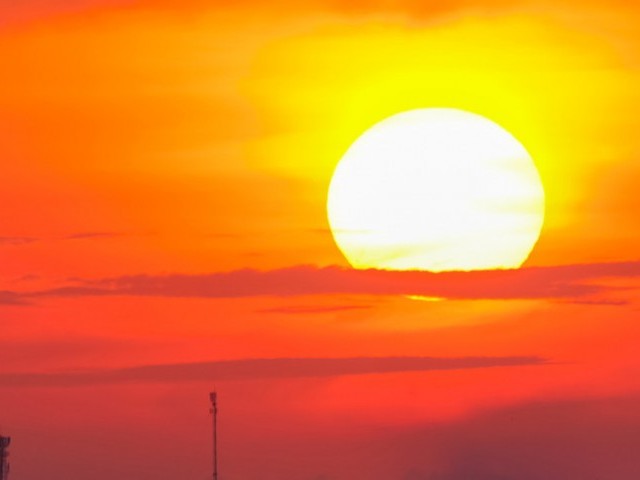 Routine winds will take over in mid-June in Karachi, leading to pre-monsoon conditions. PHOTO COURTESY: VANCITYBUZZ

KARACHI  : There will be no respite from the harsh summer heat weather for the residents of Karachi for the first 15 days of Ramazan as the temperature is expected to remain incredibly high, the meteorological office said on Saturday.

“The temperature right now is 35 degrees  Celsius, and it might touch 36 degrees Celsius later in the day,” Shahid Abbas, the spokesperson for the Met office Karachi told The Express Tribune at around 2:30pm.

According to Abbas, who is also the regional director of city’s Met office, the heat index – what the temperature feels like to the human body taking the humidity and air temperature into consideration – was currently at 41 degrees Celsius, but might climb by a degree in the next couple of hours.

He added that the weather would remain “extremely hot” in Karachi till the end of May. “There will be no relief. However, routine winds will take over in mid-June, leading to pre-monsoon conditions,” he added.

“The first 15 days of Ramazan will be relatively tough for the residents of Karachi city.”

The met official further said monsoon would begin across the country from the first week of July.