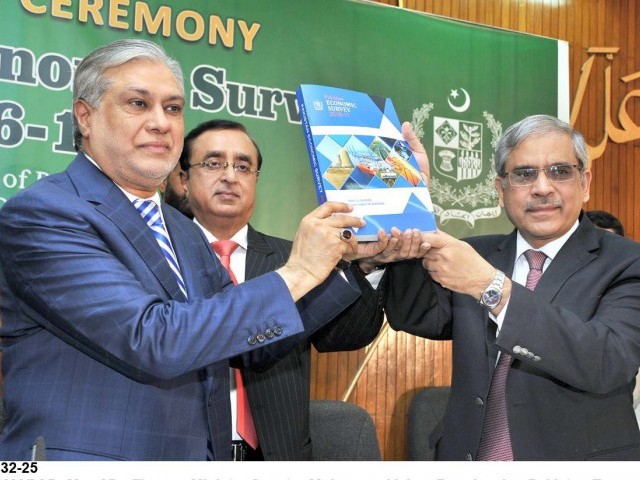 ISLAMABAD: Despite worsening external sector problems, Finance Minister Ishaq Dar was a confident man on Thursday, announcing that the government had achieved 5.3% economic growth rate in the outgoing fiscal year, and assuring the nation that till 2019 Pakistan will not need another International Monetary Fund bailout.

However, despite his assurances, the clouds engulfing the country’s external sector are unlikely to dissipate, as Pakistan is expected to book a $8.3 billion current account deficit for 2016-17, almost double the official target set by the finance ministry.

The direct result of this was an increase in external borrowings that have now reached an estimated $11 billion for the outgoing fiscal, $3 billion more than original estimates.

“For the first time in ten years, we have crossed the 5% territory and GDP growth remained at 5.3% in 2016-17”, Dar said on Thursday while unveiling the synopsis of economic performance during PML-N’s fourth year in power. He said the size of Pakistan’s economy has now increased to $304 billion for the first time in its history. He went on to claim that Pakistan will soon become a member of G20 – an elite club of top 20 growing economies of the world.

GDP growth was slightly below the annual target of 5.7% yet it was better than recorded in past ten years.

Dar said shares of industrial and agriculture sectors in total size of the economy decreased to 20.88% and 19.53% respectively while the services sector share increased to almost 60%.  He did not directly address concerns about job-less growth in the outgoing fiscal, as the services sector is not considered a job rich sector. Due to this, there is also dichotomy between growth and unemployment.

Dar ducked a question on this dichotomy. He claimed that the unemployment rate fell to 5.9% in the outgoing fiscal. However, according to the experts, reduction in unemployment rate is not consistent with growth rate. Pakistan needs an over 7% annual growth rate to absorb new entrants coming in the job market and any rate below this pace would increase the ratio of jobless people.

Terror-linked losses swell to $123b

Economic results for 2016-17 have confirmed that the country’s structural problems remain unaddressed. Investment and savings also remained below the targets while the budget deficit slipped above the target of 3.8% of GDP and may cross 4.2%. Tax and non-tax revenues would also fall below the goalposts but were better than the previous year.

Exports also fell for the fourth consecutive year while debt kept piling up. Per capita income increased to $1,629 but income inequality widened.

However, the major concern appeared to be the country’s external sector as the government had serious problems in managing its foreign debt and imports related payments.

“I assure you that by June 2019 Pakistan will not be in the IMF programme but for that we need to work harder and also need to enhance exports,” said Dar while responding to a question on whether Pakistan will be need an IMF programme in the next two years.

He said exports will have to be increased to 10% of GDP to end reliance on external sources. He admitted that enhancing exports remained a challenge this year as well and added that the exports target has been revised downward to $21.7 billion.

The minister said imports grew on the back of an increase in imports of plants and machinery. “Pakistan is at the take-off stage and we are ready to meet the challenges associated with it,” he said while hinting towards challenges posed by the growing trade deficit.

Dar said the rupee also remained stable against the US dollar that helped curtail inflationary expectations. “Exchange rate depreciation is an evil that we have tackled,” he claimed, brushing aside claims that Pakistan’s rupee was 20% overvalued. Dar said the difference was only 4% to 5% when we compare our currency with other trading nations.

“Those who have overseas savings in dollars have sleepless nights due to no return on their dollar savings,” claimed the minister.

Dar also said that the stock market was buoyant. He said the official foreign currency reserves were at a comfortable level of $16.1 billion, far better than the $6 billion reserves the country had in 2013. However, he did not mention the double booking of $3.9 billion reserves that State Bank of Pakistan borrowed from commercial banks.

Private sector credit was picking up and far better than the previous year. Foreign direct investment improved to $1.7 billion but was far lower than the level needed. Pakistan Stock Exchange benchmark 100 index increased to 52,000 points. 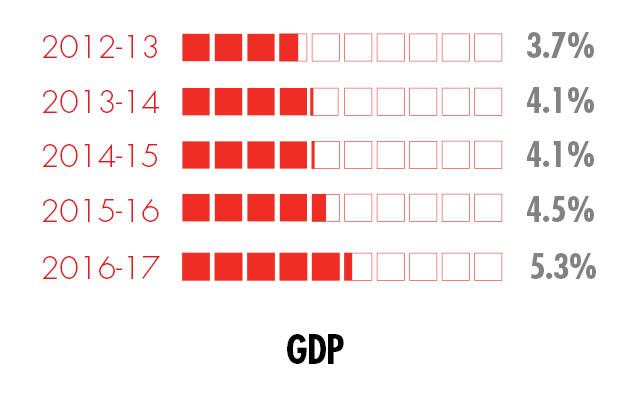 Pakistan has one of the lowest investment and savings rates in the region and the world, obstructing progress towards a sustainable and inclusive economic growth path. 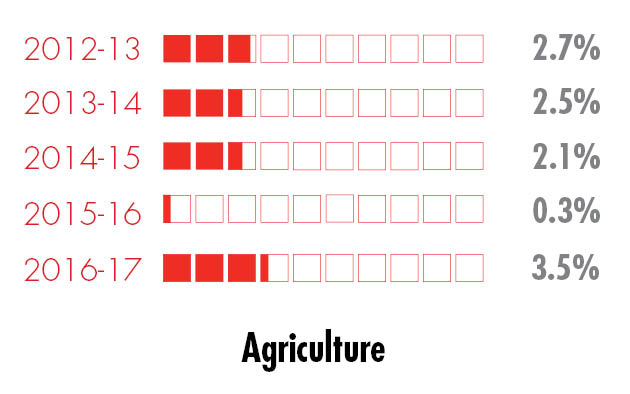 After witnessing flat growth in the last fiscal year, the agriculture sector this time performed better due to exceptional growth in forestry and better performance of major important crops. The sector grew at a pace of 3.46%, almost equivalent to the annual target.

After facing criticism, the government finally focused on the sector, which paid dividends. The sector employs close to 37% of the labour force.

Production of major crops saw 4.1% growth but in the case of other crops, the target was missed as these minor crops witnessed hardly any growth. Cotton ginning remained even better than the 2.5% target and showed 5.6% growth. Livestock also posted 3.4% growth but missed the annual target with a small margin. Forestry sector showed 14.5% growth, which was many times more than the 3% annual target. Fishing sector grew by only 1.2% against 3% target. 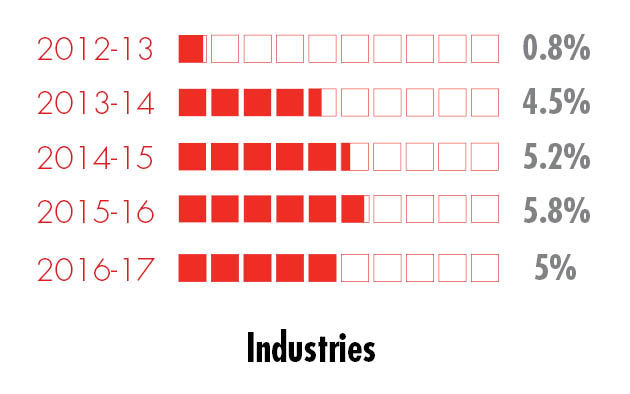 The government missed all its targets set for the industrial sector despite giving it the most favoured status. There was presumably zero load-shedding for the sector and it also won many incentives from the government. 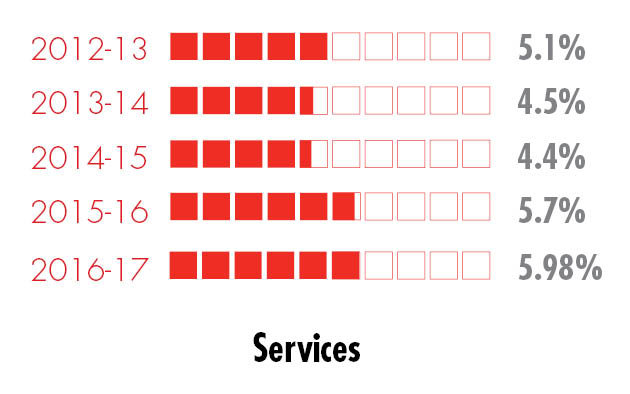