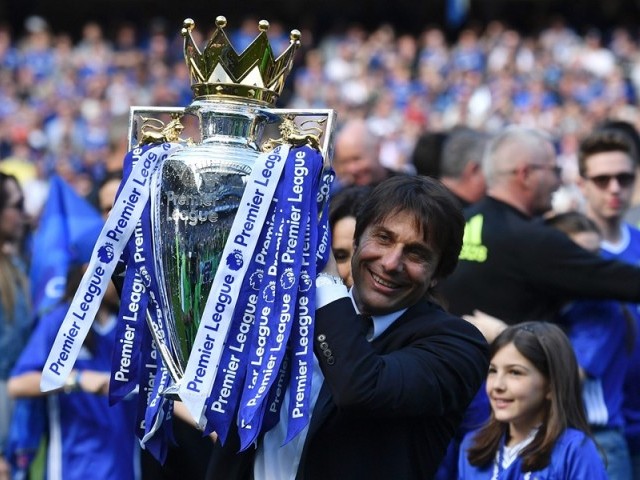 LONDON: Chelsea’s Antonio Conte was named Manager of the Year at a League Managers Association awards ceremony on Monday after leading his side to the Premier League title and FA Cup final.

The 47-year-old Italian, whose team finished seven points clear of second-placed Tottenham Hotspur, will lead Chelsea out against Arsenal in the Cup final at Wembley on Saturday.

Costa stars as Chelsea move one step closer to glory

Chelsea’s 93 points was the second highest total since the Premier League began in 1992 and they became the first Premier League team to register 30 victories in one season.

“I think I’ve had a lot of incredible emotions in my first season here in England,” said Conte. “I want to say thank you to all the people who voted for me. It’s great to receive this award. I hope I deserved this.”

“It’s fantastic to read all the names that won this trophy and to stay with these managers is a great achievement for me. I hope to continue in the best way,” he added after receiving the award from former Manchester United manager Alex Ferguson.

Chris Hughton, 58, was named Championship (second-tier) manager of the year after guiding Brighton & Hove Albion into the Premier League as runners-up to Newcastle United.