Relay team claims silver, with only Turkey ahead of them in the 4x400m men’s event
By Our. Correspondents
Published: May 21, 2017
Tweet Email 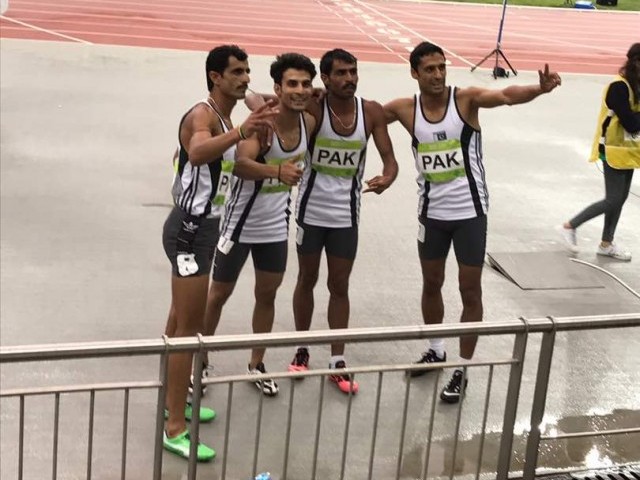 KARACHI: Pakistan bagged three more medals in athletics and wrestling to take their medal tally to nine on the eighth day of the Islamic Solidarity Games being held in Baku, Azerbaijan.

In the athletics’ men’s 4x400m relay competition, Pakistan’s Asad Iqbal, Umar Sadat, Nokar Hussain and Mehmood Ali finished second to win the silver medal, with Turkey’s team being the only one ahead of them at the finish line.

“It feels great to win a silver medal here, since there is so much competition from all across the world. It is a proud moment for us and a result of our hard work,” Iqbal told The Express Tribune from Baku. “We were unable to win many medals but it should be seen as progress that we have started winning medals against such tough competitors.”

Karachi Whites give Blues the blues