Right of way: Don’t park on my footpath

Right of way: Don’t park on my footpath

Man goes to IHC over ‘encroa­chment’ by showro­om owners who usurp space for pedest­rians
By Rizwan Shehzad
Published: May 21, 2017
Tweet Email 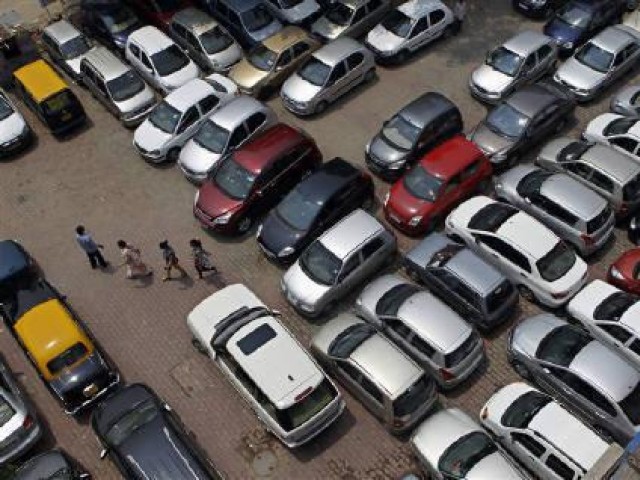 Man goes to IHC over ‘encroachment’ by showroom owners who usurp space for pedestrians. PHOTO: REUTERS

ISLAMABAD: A petitioner has approached the Islamabad High Court against the “illegal” parking of vehicles on footpaths and other public spaces by owners of car showrooms in the capital.

The petitioner, through his counsel Yasir Mehmood Chaudhary, has filed a petition and made the chairman of the Capital Development Authority [CDA] and Islamabad Metropolitan Corporation [IMC] Mayor Shiekh Anser Aziz, Inspector General of Police [IGP] and Deputy Commissioner of the Islamabad Capital Territory [ICT] as respondents.

The counsel said that owners of the car showrooms park their vehicles over footpaths and on spaces meant for the public to park their cars. As a result, it compels petitioner and other pedestrians to walk on the main road “which is risky because of speedy traffic.”

Chaudhary said that owners of car showrooms had parked their vehicles on the footpaths in Sector G-8, G-9 and F-10, making it difficult for pedestrians to walk on the footpaths.

Even though it disturbs people, but Chaudhry argued that the respondents had turned a blind eye to the activity in these areas. Moreover, he argued that such illegal parking at times causes traffic jams since there is no space left for vehicles to pass through.

Chaudhary said that the CDA chairman and Islamabad mayor had only conduct anti-encroachment operations against pushcart owners but did not check those occupying public space through this illegal parking.

Explaining why he had reached out the IHC, Chaudhry said that the petitioner had sent an application to the respondents on November 27, 2016, seeking removal of cars “illegally” parked outside the showrooms but no action had been taken against these vehicles till now.