Invest­ors hurry to accumu­late stocks that are part of the MSCI Pakist­an Index
By Our Correspondent
Published: May 15, 2017
Tweet Email 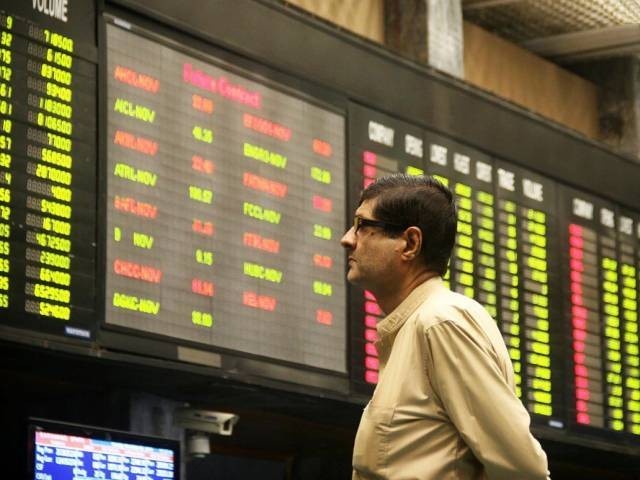 With MSCI reclassification, Pakistan is set to see a further inflow of around $200-300 million from foreign investors. PHOTO: ONLINE

KARACHI: Euphoria over the stock exchange’s reclassification as an emerging market propelled the KSE-100 Index past another milestone on Monday with investors hurrying to accumulate stocks that are part of the MSCI Pakistan Index.

JS Research analyst Arhum Ghous said the market continued its bullish momentum on the back of the upcoming MSCI announcement.

“Meanwhile, the exploration and production sector led the gains as they cumulatively contributed 221 points to the index. Crude oil prices reached the highest level in around two weeks after Saudi Arabia and Russia agreed to extend oil output cuts for nine months ahead.

“Investor interest was seen in the fertiliser sector on the news that the federal government is likely to increase the urea export quota by 100% to 6 million tons. Fauji Fertilizer Company (+3.29%) and Fatima Fertilizer (+1.97%) were the major gainers of the aforementioned sector,” he added.

“The market opened a gap up as index heavy oils attracted attention from the word go after investors across the globe cheered extension in supply cut agreement between Saudis and Russia,” said analyst Ali Raza.

“The wider market followed suit and edged up with notable sectors including financials, cements, fertilisers and steels finishing the day with modest gains as participants cherry-picked value plays with stocks that are candidates for inclusion in MSCI Pakistan Index or the ones that stand to benefit most from CPEC and related infra-structure projects seeing most interest,” he added.

Shares of 405 companies were traded. At the end of the day, 213 stocks closed higher and 177 declined while 15 remained unchanged. The value of shares traded during the day was Rs23.1 billion.

Foreign institutional investors were net sellers of Rs190 million during the trading session, according to data maintained by the National Clearing Company of Pakistan Limited.