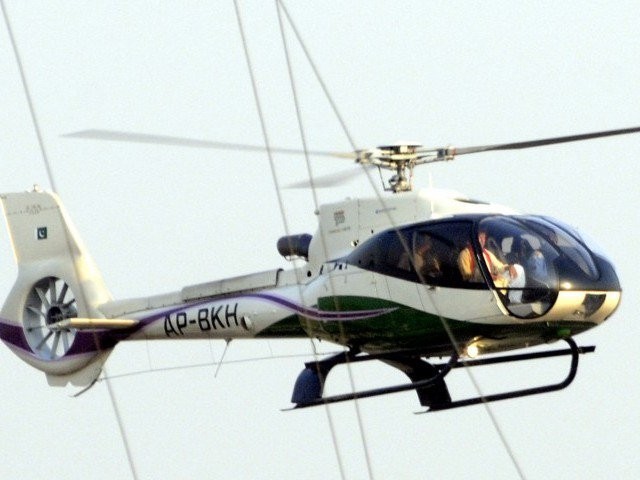 LAHORE: The Khyber-Pakhtunkhwa government uses its helicopter like an Uber or a Careem Service, said Special Assistant to the Punjab Chief Minister on Information and Culture MPA Malik Muhammad Ahmad Khan.

Malik was addressing a news conference on Sunday to clarify the provincial government’s position on the purchase of a helicopter that it claims is being blown out of proportion by a section of the media with exaggerated figures and fabricated facts. Malik said a comparison in the media drawn between the Punjab and Khyber-Pakhtunkhwa governments on austerity measures, was misleading and false.

“In K-P, helicopter was used not only for an election campaign by the PTI-led government but also by the chief minister of the province to attend wedding functions,” Malik said.

He said on the other hand in Punjab, the helicopter was used only for  government business. “Helicopter use was not specific to the chief minister, as is being portrayed,” he added. The special assistant to the Punjab CM further said the Chief Secretary and Inspector General of Punjab Police were also entitled to use the helicopter for official business.

The special assistant said the helicopter was used as an air ambulance. He said a new helicopter was the need of the government after the last helicopter crashed in Afghanistan. For a province like Punjab, it was almost impossible for the chief minister to travel long distances around the province and attend to government business in real time, he added.

He said the helicopter was not lavishly loaded with luxuries as being claimed. He said insurance money of Rs200 million was also successfully claimed by the government of the previous helicopter.

Not only PM but others also own flats in London: Muqam

He said if the government wanted a luxury helicopter, it could have purchased a Rs3 billion worth of German helicopter. He also denied the purchase of a jet by the provincial government.

Regarding the usage of the helicopter by Minister Food Bilal Yaseen and Hamza Shehbaz, he said the minister for food went for an official business, adding it was not a private tour whereas Hamza was accompanying in an official visit.

He said cabinet members for official purpose, with time constraint, can use the helicopter. He said it is not like K-P where Imran Khan uses provincial government’s helicopter independently without holding any official capacity.