The Indian threat is real

The Indian threat is real

Both neighb­ours should be includ­ed in NSG criter­ia based
By Ahsan Ali Zahid / Hasan Ehtisham
Published: May 11, 2017
Tweet Email 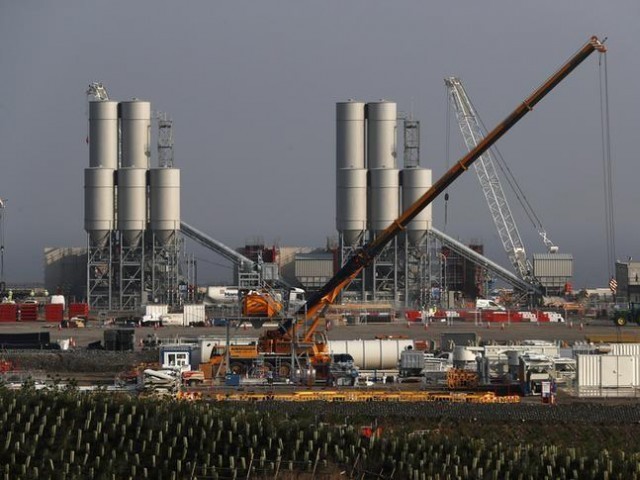 Research carried at the Belfer Centre for Science and International Affairs by Dr Mansoor Ahmed has shown how India is expanding its unsafeguarded nuclear power programme in a three-stage plan. New Delhi has already declared construction of various types of nuclear reactors. This capacity is going to produce excess amount of fissile material, other than required for fuelling the breeder and naval reactors programmes.

Over the next decade, India will be able to supersede China, France and the UK in nuclear weapons capability to become the third behind the US and Russia.

The study postulates India is already working to install more than five fast breeder reactors which will increase its weapons-grade plutonium production capacity by 20 times to 700kg every year. Similarly, expansion in its centrifuge enrichment programme will enable it to increase production of highly enriched uranium for nuclear weapons to 160kg every year. With such an amount of weapons-grade material, India can anytime produce approximately 80 to 90 plutonium-based and 7 to 8 uranium-based nuclear weapons every year.

This study has exploded the myth that Pakistan has the world’s fastest growing nuclear weapons programme. Factually, India has paced up the construction and planning of nuclear facilities to stockpile the weapons-grade material for later use in military modernisation programmes. Several Indian analysts and policymakers are of the view that India needs a strategic force of over 300-400 nuclear weapons. So, New Delhi has deliberately kept its fast breeder reactors, and a large part of its so-called civil nuclear programme out of the safeguards and monitoring of the International Atomic Energy Agency (IAEA). India will seek to produce many more nuclear warheads without IAEA monitoring, in order to acquire the policy of full nuclear triad.

India can produce over 2,600 weapons, while Pakistan can only produce 207. India therefore has the fastest growing nuclear programme outside safeguards among any other non-NPT nuclear states.

Lastly, the study recommended that NSG nations should advise membership criteria for non-NPT countries after “verifiable separation” through IAEA safeguards on any material or facility designated as “civilian.” Moreover, Pakistan is left with no option other than to consider India’s full potential to make nuclear weapons, including military and civilian stocks. This research fully describes the potential of Indian vertical nuclear proliferation and threat perception associated with unsafeguarded nuclear fuel cycle.

Various nuclear suppliers signed the nuclear cooperation agreements with India, on condition of peaceful use of nuclear material. Though it seems the material provided by these countries is going to be used again in weapons for the Indian military expansion doctrine. It is also probably drastically high of developing and testing a thermonuclear device for quality check in order to achieve, what India couldn’t in 1998.

Dr Bharat Karnad, a security expert at the Centre for Policy Research, believes that India has weapons grade plutonium in its possession. All India needs is it to be reprocessed, according to Dr Karnad. Several segments in India are also in favour of switching the nuclear posture to comprehensive nuclear first strike. Such developments have increased the threat perception in Islamabad, because a large chunk of the new Indian military doctrine is Pakistan centric.

Today where India stands is because of the US and the waiver it received in the form of civil nuclear deal. Analysing the economic and political gains, the US wants to give India the membership of NSG but doing so will originate the nuclear disparity and inclusion without verifiable and reliable measures, irreversibly destroying the international customs of nuclear nonproliferation, instead of strengthening it. Both neighbours should be included in NSG criteria based, otherwise nuclear disparity will only add tensions to security challenges.