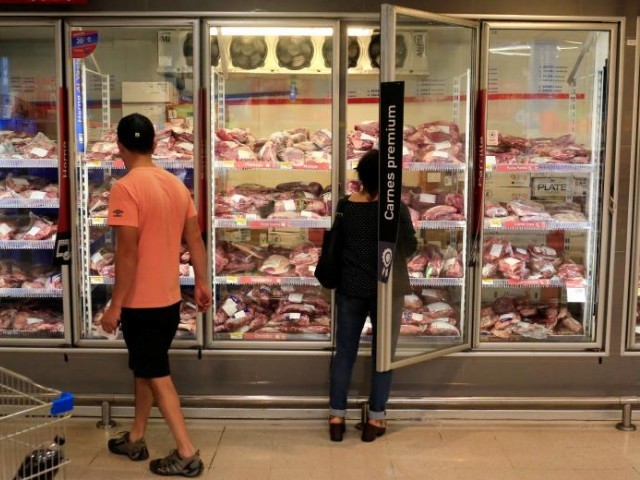 The ban is affecting both Muslim and Jewish communities. PHOTO: Reuters

The environment committee of the Walloon region in Belgium voted last week to prohibit the slaughtering of unstunned animals, leading to a ban on Halal and Kosher meat.

The law, which will be implemented on September 1, 2019, raised concerns from both Islamic and Jewish communities as their religious practice requires swift slit of an animal’s throat that drains the body of blood.

The Muslim community of Belgium said their religious council had already expressed their opposition to stunned slaughter and remained steadfast on the stance.

“Muslims are worried about whether they can eat halal food … in conformity with their religious rites and beliefs,” said a Belgium Muslim executive.

Terming the legislation ‘scandalous’, the European Jewish Congress [EJC] also strongly condemned the decision. “This decision, in the heart of Western Europe and the centre of the European Union, sends a terrible message to Jewish communities throughout our continent that Jews are unwanted,” said the president of EJC, Moshe Kantor.

“It attacks the very core of our culture and religious practice and our status as equal citizens with equal rights in a democratic society. It gives succour to antisemites and to those intolerant of other communities and faiths,” he added. “We call on legislators to step back from the brink of the greatest assault on Jewish religious rights in Belgium since the Nazi occupation of the country in World War II.”

The parliament in northern Flemish region has proposed a similar law while countries like New Zealand, Switzerland and Denmark already have a legislation outlawing unstunned slaughter of animals.

This article originally appeared on the Independent.

Facebook warns of fake news danger ahead of British election