The 25-year-old driver was waitin­g in a van near Hassan Square when the robber­s approa­ched him
By Our Correspondent
Published: May 7, 2017
Tweet Email 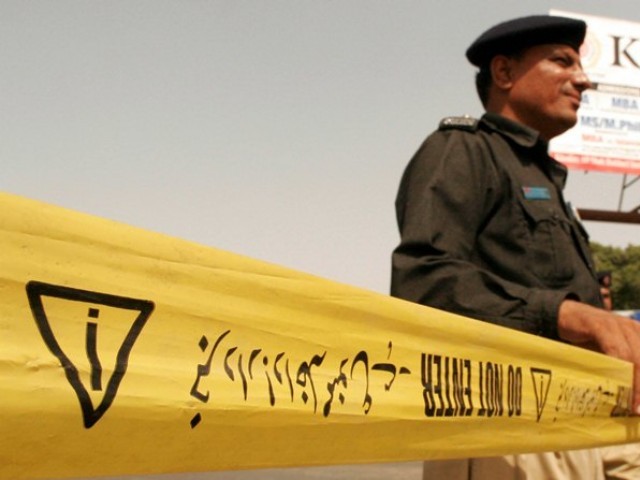 Police have acquired the CCTV footage of the incident to track down the culprits. PHOTO: Express/File

KARACHI: An Uber driver was shot dead by robbers near Hassan Square in Karachi on Sunday.

Police officials and witnesses said the driver was killed by robbers when he resisted them.

“He [Rehman] was an Uber driver but not on duty at that time,” Aziz Bhatti SHO Adeel Afzal told The Express Tribune.

Gang of robbers arrested by Rangers

“He was going on a picnic in a Hiace van and waiting for others with another driver when some men tried to take away their cash and cell phones at gunpoint,” the officer added.

The SHO said when Rehman tried to resist, the robbers shot him and escaped.

Rehman was rushed to the Jinnah Postgraduate Medical Centre where he succumbed to his injuries.

The police have filed a case and acquired the CCTV footage of the incident to track down the culprits.

Son of Peshawar DIG ‘strangled’ to death in Karachi’s DHA

“Anti-peace elements want to disrupt the peace of the city again. We can’t allow this to happen,” the chief minister was quoted as saying in a handout.