Son of Peshawar DIG 'strangled' to death in Karachi's DHA

Son of Peshawar DIG 'strangled' to death in Karachi's DHA 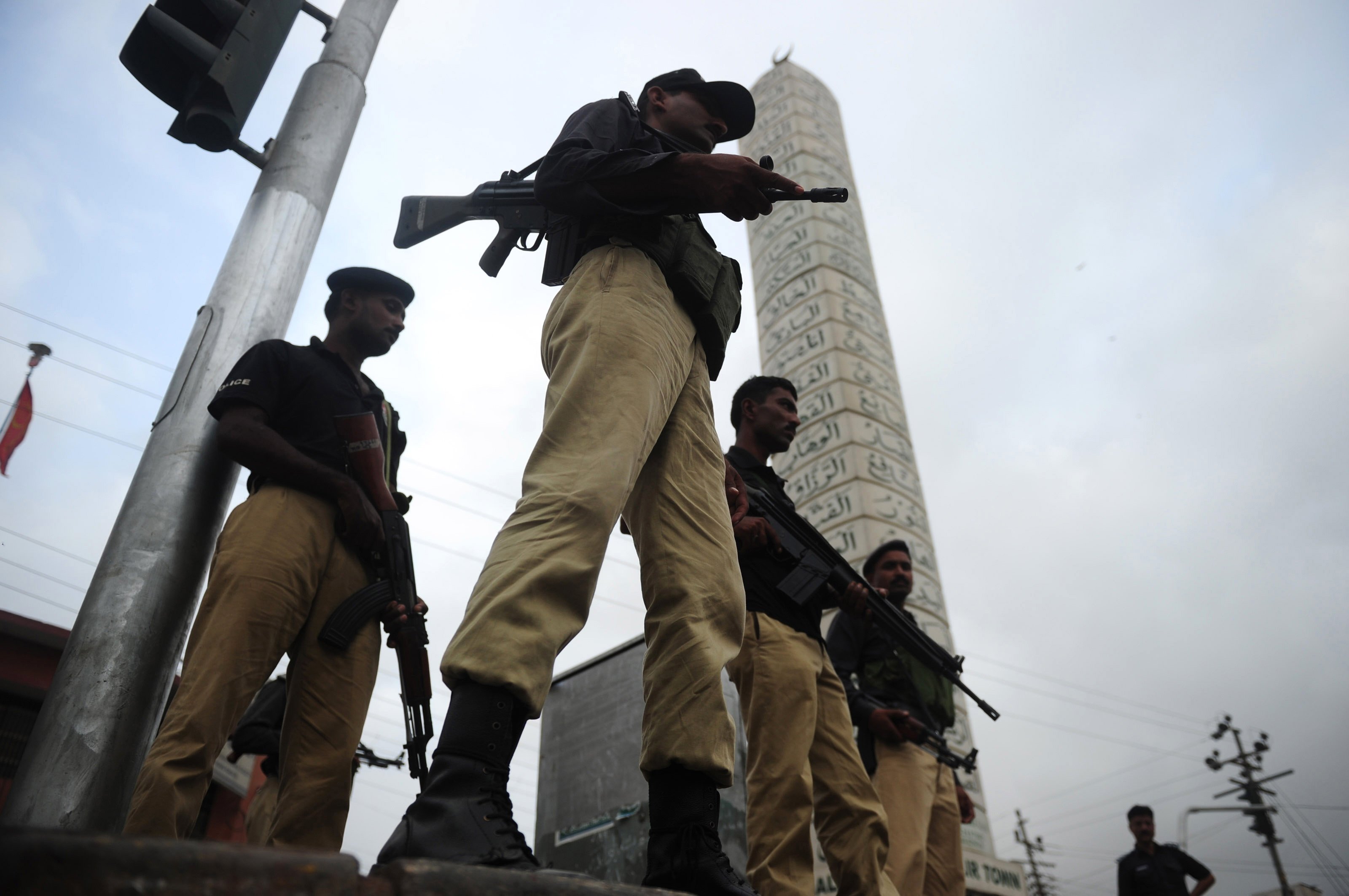 KARACHI: In an unfortunate incident, the young son of a deputy inspector general (DIG) of the Peshawar police was murdered Saturday night inside his own bungalow in Defence Housing Authority (DHA) in Karachi.

Interestingly, the suspected murderer was not a stranger but the victim’s own police security guard who was deployed at the bungalow. The DIG’s bungalow is located at Khayaban-e-Sehar within the limits of the Darakshan police station.

The local police said the police reached the scene after getting information about a robbery at a bungalow via the police helpline, Madadgar 15, but found the body of a young man instead. The police immediately arrested the guard, Faqir Muhammad, who belongs to Kashmore and had been deployed at the bungalow for the last six months.

The victim was identified as 27-year-old Umair Shahab. The body was shifted to Jinnah Postgraduate Medical Centre for medico-legal formalities. The initial post-mortem report suggested it is possible the DIG’s son died because of a heart attack after an attempt was made to strangle him. A sample has been sent for a chemical test to confirm the cause of death. There is also a minor rope mark on the deceased’s neck.

Initial reports stated that the murder occurred over refusal to pay Rs200,000. However, the victim’s father accused the police guard of murdering his son and denied any monetary dispute between his son and the accused guard.

“My son has been murdered,” said Peshawar DIG Mazhar Shahab, who reached Karachi following the incident. “Unfortunately, the security guard killed him.” DIG Mazhar claimed the guard threatened his family and demanded money from them. Mazhar said his wife and two daughters were at home when the incident occurred.

The suspect, Muhammad, was recruited in the Kashmore police in 2002 and had been deployed on security at the DIG’s residence since 2016. Muhammad claimed the owners of the house refused to pay him when he asked.

“Friday was the last day of my deployment at the bungalow. On Saturday, I had to leave for my hometown and needed Rs200, 000 as I borrowed the money in my hometown. Therefore, I was going to the malikan [DIG’s wife] to ask for money, but Umair sahib came and intervened,” Muhammad said.

“I had a scuffle with him and he [Umair] tried to kill me but was killed when I resisted,” claimed Muhammad.

Police suspect the guard intended to steal cash from the bungalow before leaving for his hometown and therefore had pre-arranged for gloves and rope. “He’s basically a daku [bandit],” said Investigations SSP Faizullah Korejo while talking to The Express Tribune. “He wanted money before leaving for his hometown and killed [Umair] for offering resistance.”

The police have registered a case. Further investigations are under way.

In March last year an 11-year-old boy wearing a ‘monster mask’ was shot dead by a security guard in Ferozabad area of Karachi. According to SHO Ferozabad, Ghulam Nabi, a private security guard accidentally shot Ali Hassan, who allegedly tried to scare him.

In 2015, three owners of a showroom in Faisal Town, Lahore were gunned down by a security guard they had recently fired.