PFA to launch traini­ng academ­y which will start functi­oning on May 15
By Our Correspondent
Published: May 6, 2017
Tweet Email 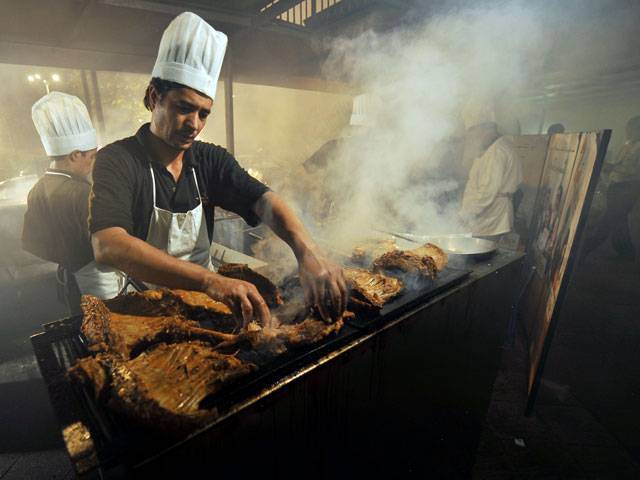 LAHORE: Food Safety training will soon be mandatory for people handling edible items in the industry, The Express Tribune has learnt.

Punjab Food Authority obtained permission from its board to establish a training school earlier this year.

The institute will start functioning on May 15. It plans to offer four levels of training to food handlers. In the first level, students will be taught the handling of cooked and prepared food. The second phase will be training of cooks and chefs, while the third will offer managerial-level courses. The fourth and final level deals with developing or creating would-be trainers.

The institute is likely to be named the Punjab Food Authority School and there are plans to establish more PFA academies around the province.

A badge of 50 food handlers will get four hours of level-one training, which will Rs 500 each. Level two would be a two-day programme, level three a 15-day course and level four training will last a month.

The PFA academy will issue a certificate to candidates passing the training programme. It was revealed that after a sizable number of people working in the food industry is trained by the PFA academy. However, now the PFA will term the training as necessary.

Director General Punjab Food Authority said it was important to train people working in the industry. He added that it was easy to criticise and penalise people, but the reality is most of them are not trained. The DG stated the PFA has discarded th4e policy of aggressive raids and is adopting a reformatory policy to change the change the food industry and bringing it to an acceptable level. He said PFA will teach people working in food industry so they may understand the dos and donts.

Need for food: Experts urge use of artificial insemination

The PFA also got took the approval to ban soft drinks from school canteens from its board in a recent meeting that took place on May2.

PFA plans to replace soft drinks with healthy drinks such as flavored milk and juices to address medical issues among schoolchildren. The PFA will be holding a meeting with representatives of companies producing soft drinks to decide on a timeframe. It was revealed that PFA wanted to give soft drink companies time to sell out their stock in school canteens before banned the products. It was also revealed that food containing artificial food, colour and vegetable oil would also be discouraged from school canteens. PFA wanted to encourage the lunch box culture at educational institutes.