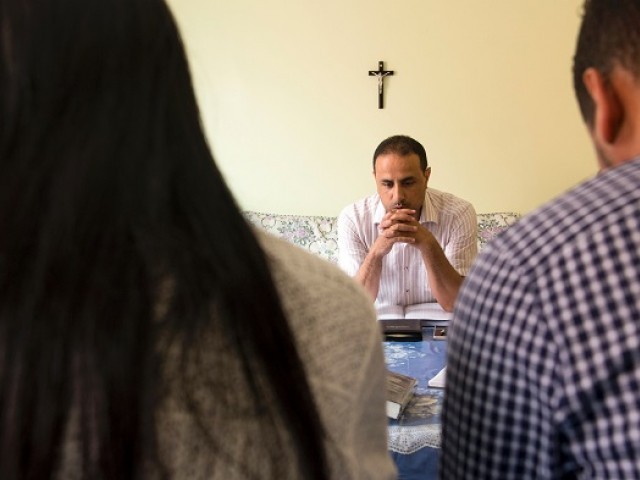 Mustapha, a Christian convert who did not wish to give his full name, leads prayers at a house in Ait Melloul near Agadir on April 22, 2017. PHOTO: AFP

AGADIR: Most of the 20,000 or so Christians in Morocco hail from sub-Saharan Africa, forming a tiny minority in the country’s overwhelmingly Muslim population of 34 million.

Two-thirds of Christians in Morocco are Catholics, while most of the remainder are Protestants, according to a sociologist specialising in religious practice in the North African kingdom. Around sixty Christian places of worship are officially registered across Morocco, including 40 Catholic, more than a dozen Protestant and a handful of Orthodox churches.

More than 90 per cent of Christians living in Morocco are from sub-Saharan Africa, with European expatriates and descendents of French colonial-era settlers making up most of the remainder.
There are no official statistics on Moroccan Muslim converts to Christianity, but the US State department estimates their numbers at between 2,000 and 6,000. 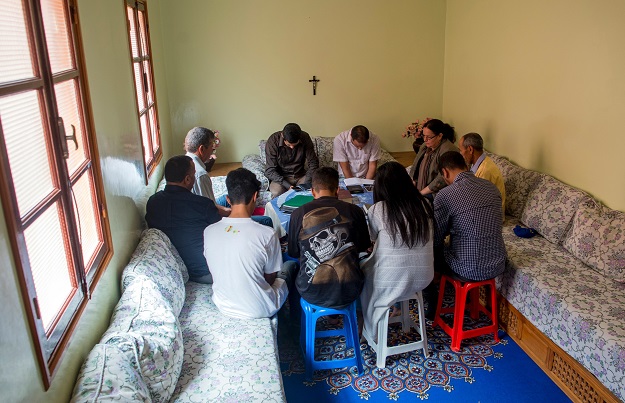 While most local converts practice their faith in secret, expat Christians worship freely and are protected by the authorities – providing they do not evangelise, a crime punishable by up to three years in prison. The local press often reports that foreign missionaries are operating in Morocco, particularly American and European protestants. Catholic evangelism, on the other hand, is rare.

An influx of sub-Saharan migrants over the past two decades has breathed life into many Moroccan churches that had long been poorly attended. Some long-shuttered churches have re-opened to welcome mostly African students. Over the past decade, “house churches” have also sprung up on the outskirts of Casablanca and Rabat to cater for sub-Saharan migrants. 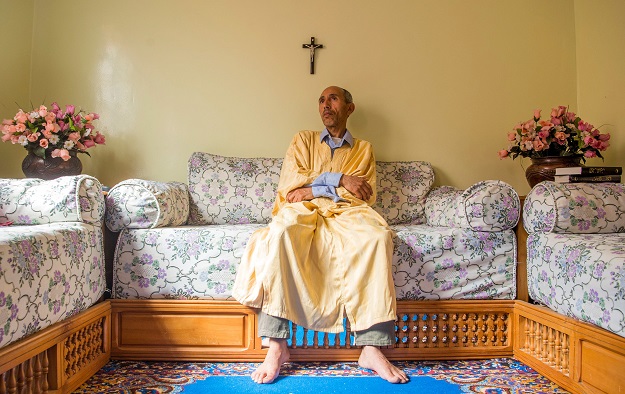 A Moroccan Christian convert attends prayers at a house in Ait Melloul near Agadir on April 22, 2017. PHOTO: AFP

Morocco’s constitution names Islam as the state religion, but guarantees freedom of worship. The country’s religious minorities – Christians, Jews, Bahais and Shiite Muslims – together make up less than one per cent of the overwhelmingly Sunni Islam population.

No statistics are available on the number of atheists in the kingdom, some of whom demand the right to eat in public during the Muslim fasting month of Ramadan without fear of arrest or prosecution.

King Mohammed VI, who publicly promotes moderation in Islam, is described as a descendant of the Prophet Mohammed and holds the official title of Commander of the Faithful. Until the late 1950s, Morocco had a significant Jewish community of around 250,000 people but most emigrated to Israel and France leaving behind only around 2,500 local Jews.