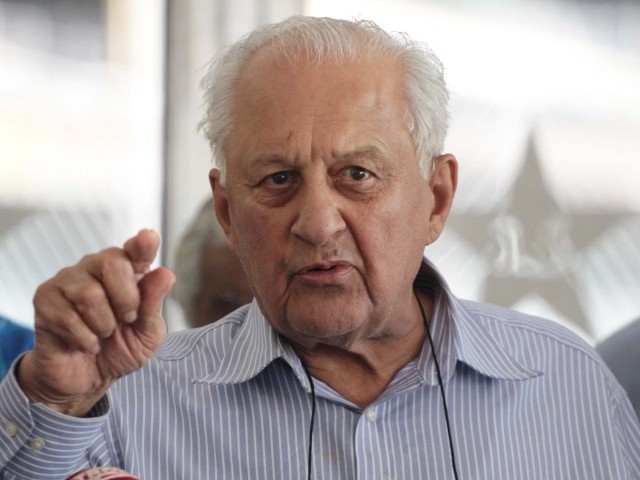 KARACHI: Pakistan Cricket Board (PCB) Chairman Shaharyar Khan, in an exclusive interview with Daily Express, said that the rollback of the Big Three is great news for the entire cricketing community.

The 83-year-old said that while there have been many attempts to overthrow the unfair structure of the Big Three, none have been able to make an impact similar to the result of the International Cricket Council (ICC) meeting in Dubai on Wednesday.

“Dissolution of Big Three will prove to be a great step forward for international cricket,” Shaharyar told Daily Express from Dubai. “Except for India, all members of the ICC have voted in favour of letting go of this structure and implement a fairer system which will benefit all the nations. Pakistan is also set to benefit from this.”

The chairman also confirmed that the Board of Control for Cricket in India (BCCI) is indeed planning to boycott the ICC Champions Trophy.

“The BCCI has previously threatened to take action if the decision comes against the Big Three but this time they have submitted a written response that they reserve the right to protect their interests. Let’s see what happens whether they withdraw from the Champions Trophy or not,” he said.

Shaharyar further said that the Big Three tenure, which started in 2014, has been highly damaging for Pakistan.

“Pakistan has suffered a lot during the Big Three tenure and this new development is great news for us. Both Australia and India have given up their pursuit of this system and it’s only India who are now pushing for it. The best part is that Zimbabwe, who normally are with the BCCI, gave their vote against them,” he said.