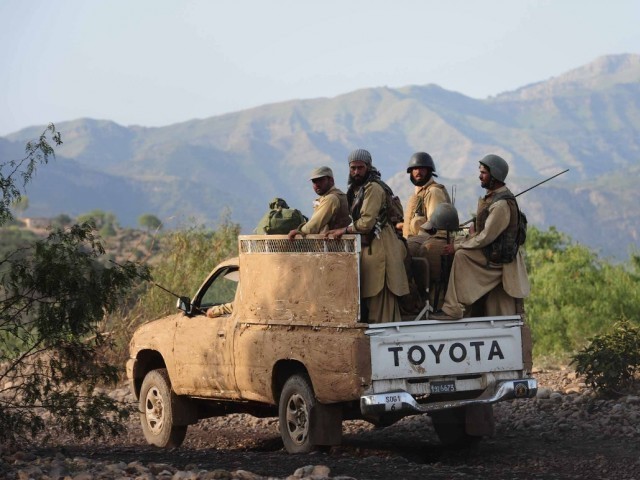 PESHAWAR: At least 14 people were killed when a passenger vehicle struck a roadside bomb in Gudar area of Central Kurram Agency early Tuesday.

The blast tore through the heavily-loaded pickup truck in the Godar area of Kurram tribal district early in the morning, Irfan Ali, a local administration official in the area told AFP. The deceased included five women and four children.

“An anti-tank mine was buried on the roadside and hit a pick-up van,” a political administration official told The Express Tribune. “It was a rutted path in an area that is at a distance,” he added.

Nine others, including four Khasadar officials, were critically injured in the explosion. The injured were shifted to a nearby hospital.

The military’s media wing, Inter-Services Public Relations, said a special Mi-17 helicopter has been sent to Parachinar to bring the injured to Peshawar for treatment. 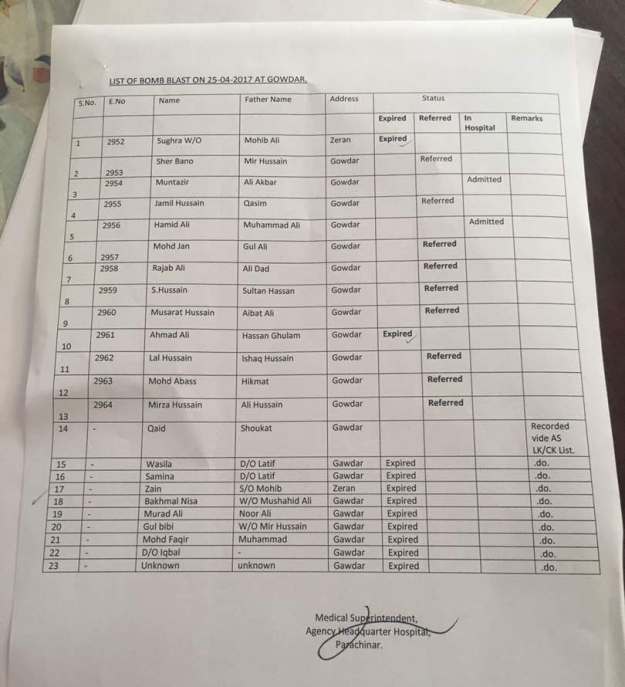 A list of the victims released by the hospital. This list does not include victims who died on the spot. Photo: Express

IS Khorasan and TTP-JUA have both claimed responsibility for the attack.

The Kurram tribal district is known for sectarian clashes between Sunnis and Shias who make up roughly 20 percent of Pakistan’s population of 200 million, and it has also been a stronghold for the Tehreek-e-Taliban Pakistan as well as its factions. 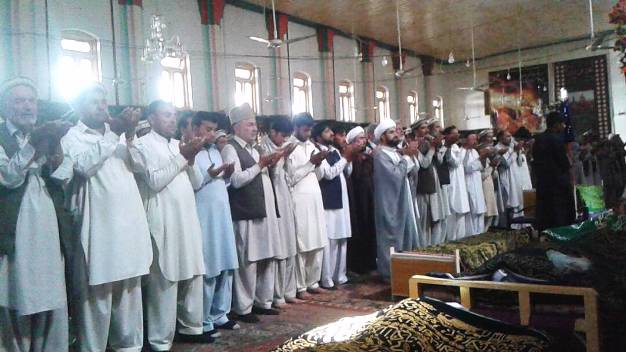 Funeral prayers for some of the victims at a local imambargah. PHOTO: Express

Last month, at least 28 people were killed and 100-plus wounded when a suicide bomber detonated a car ‘rigged with explosives’ outside an Imambargah in a busy marketplace in the main town of Kurram tribal region. The grisly violence sparked angry protests by local residents in Parachinar, the administrative headquarters of the agency, which is prone to sectarian violence. Jamaatul Ahrar, a splinter group of the outlawed Tehreek-e-Taliban Pakistan, claimed credit for the deadly bombing in Parachinar, which came less than two months after a bomb ripped through the main vegetable market in the same city on January 21.

Expressing grief over the loss of precious lives, the premier prayed for the blessing of departed souls. He directed relevant authorities to extend maximum support for the treatment of the injured and expressed sympathies with the bereaved families. (WITH ADDITIONAL INPUT FROM APP)