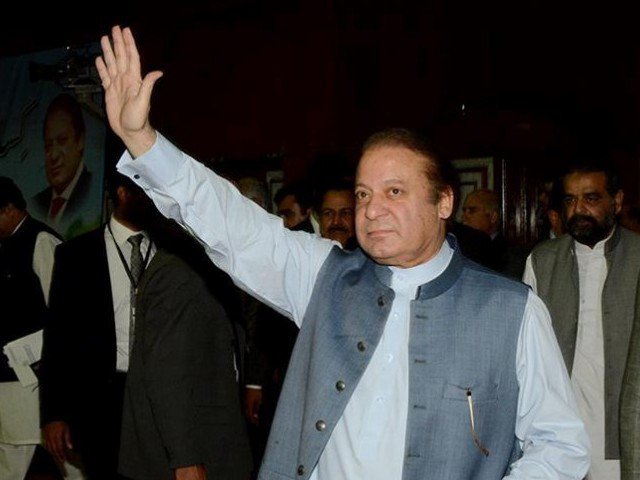 ISLAMABAD: Prime Minister Nawaz Sharif has stayed away from media spotlight following the Supreme Court’s announcement of the much awaited Panamagate verdict.

Even though the premier’s media wing keeps issuing official statements on his behalf, Nawaz has stayed away from media glare.

The ‘troubled’ premier is silently observing political developments, which, certainly, are not going his way, before chalking out any final strategy—to deal with the challenges ahead.

It has not been an easy stride for him [PM] since April 20 when the five-judge bench of the apex court announced its judgement, it is learnt. Apart from the mounting political opposition, PM is more concerned about the legal fraternity’s newly found animosity with the ruling lot, premier Nawaz in particular, the insiders said.

“As if political parties were not enough,” commented Nawaz’s close confidante with reference to the deadline given by the Lahore High Court Bar Association to the premier earlier on Saturday— to step down in a week or risk facing the music.

The sources said the PM is concerned that the protests from the lawyers’ community could brew enormous problems for the PML-N leadership.

This fear stems from the fact that it was the legal fraternity that initiated a protest movement against ex-president General (retd) Pervaiz Musharraf, back in March 2007 that dented and weakened him politically, leading to the then PML-Q government’s defeat in the general elections of 2008. Eventually, after the PPP government came into power, the once most powerful military man had to step down.

“Their [lawyers] protests are deadly— and the situation gets uncontrollable if not ‘managed’ in time. Our leadership knows this full well what lawyers are capable of doing,” said a PML-N leader assigned to deal with the party’s legal affairs, requesting anonymity.

The Supreme Court Bar Association, which is regarded as the parent body of the legal fraternity, is presently ruled by senior PTI stalwart Hamid Khan’s group, which has also sent the ruling lot “shivers of panic down their spines.”

The SCBA has not supported the LHCBA so far, and is likely to hold a meeting of bar associations on the PM resignation issue to make a final decision—whether or not to take on the premier.

“So far, it’s only LHCBA—tomorrow if other legal bodies join the course, particularly the SCBA, you can well imagine the consequences.”

Apart from the LHCBA, the political parties including PTI, PPP, JI and PML-Q have demanded Sharif’s resignation on the grounds that SC has ordered the formation of a Joint Investigation Team to probe the Sharif family’s involvement, if any, in the Panamagate and that Nawaz’s stay in the office would influence the functioning of JIT.

What if two had been three?

The party sources said Nawaz is not moved about the political opposition—given that the party has faced and survived intense opposition from the rival political forces in recent years while the PML-N leadership is more concerned about the lawyers’ opposition to the PM.

Some reports suggested that the PM would consult his legal wizards and political lieutenants in Murree—away from the media spotlight—over the weekend—to formulate future strategy.

However, sources in the PML-N’s central secretariat denied these reports saying the PM usually loved “spending quiet weekends, far removed from the hustle and bustle of official affairs.”

A PML-N leader said “He [Nawaz] is too strong-nerved and ‘sort of carefree’ to be bothered by the political issues over the weekend, which he mostly likes to spend with his family and close friends, either in Murree or in Lahore.”

LHCBA sets 7-day deadline for PM to step down

The source said the premier would consult the provincial leadership of Punjab chapter and the central party leaders before making a final decision on PML-N’s future strategy.

“Let’s see what he decides— whether we go into confrontation mode—to combat the opposition— or move to engage them.”

Speaking to The Express Tribune, PM’s Adviser Ameer Muqam said the opposition to PM after the arrival of Panamagate verdict is unjustified.

“I fail to understand what this opposition is all about. The honourable apex court has allowed the PM to keep working and has formed a JIT to probe the issue. If the learned court has not deemed it suitable to order the premier to step down, there is no reason for anybody else to demand PM’s resignation.”