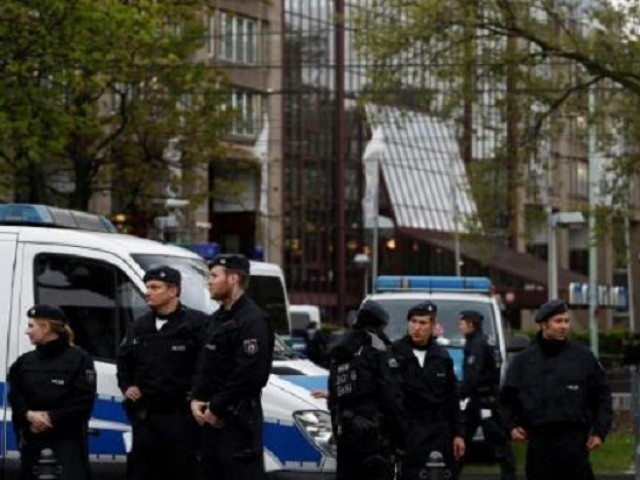 Around 50,000 demonstrators were expected to mobilise during the two-day gathering of the anti-immigration Alternative for Germany party in the western city of Cologne, with 4,000 police officers dispatched to keep the peace.

But as the 600 delegates began filing into the congress venue, a hotel in the city centre, singing and chanting demonstrators attempted to block them from passing through security barricades, leading to scuffles with authorities.

One police officer escorting party members into the suffered an injury to his face, leading to the arrest of a male protester.

The AfD, now represented in 11 of Germany’s 16 states, aims to sign off on a programme for its campaign that it hopes will pave the way for the party to enter the national parliament for the first time in its four-year history.

After weeks of bitter infighting, co-leader Frauke Petry made the shock announcement on Wednesday that she would not seek to lead the AfD’s campaign.

The news left the party reeling and set the stage for a showdown between populist and more radical, hard-right forces.

“[Petry] has been unable to stop the AfD, which began as a party of euro critics, from becoming more and more a catch-all for racists, right-wing nationalists and the far right,” Cologne’s daily Stadt-Anzeiger reported.”The fight within the AfD rages on.”

Founded in 2013 on a eurosceptic platform, the AfD seized on Chancellor Angela Merkel’s decision to let in more than one million asylum seekers since 2015, transforming the German political landscape.

But its fortunes have declined as the number of new arrivals has dwindled, and all of Germany’s mainstream parties have ruled out working with it should it clear the five-per cent hurdle to representation in the September 24 election.

Opinion polls show the AfD at between seven and 11 per cent, a steep drop from the 15 per cent support it drew only late last year.

Merkel is seeking a fourth term after nearly 12 years in power and her conservative Christian Democrats are currently leading the polls.

US to honour ‘dumb’ refugee deal with Australia: Pence