Both Merkel and Schulz are hoping to form new govern­ments with smalle­r partie­s
By Reuters
Published: April 11, 2017
Tweet Email 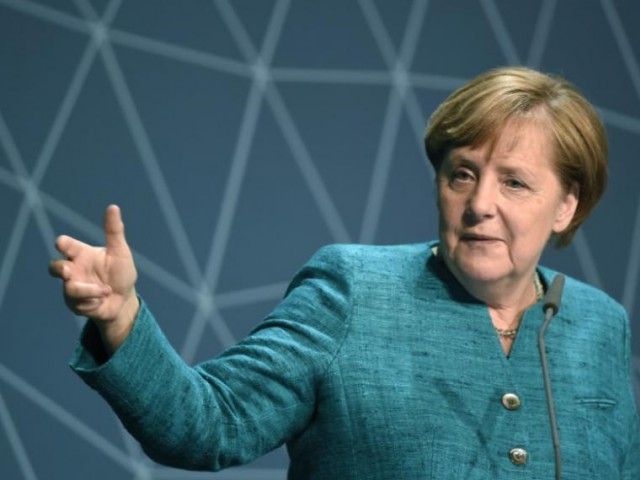 BERLIN: Almost half of Germany’s first-time voters back Angela Merkel, a poll by the Forsa Institute showed on Tuesday, providing a strong backbone of support for the chancellor as she prepares to bid for a fourth term in office in September.

Among all potential voters, Merkel had 43 per cent support, compared to 32 per cent for Martin Schulz, the chancellor candidate for the center-left Social Democrats (SPD). But that lead extended to 47 per cent against 29 per cent among young voters aged 18 to 21, the poll showed.

“Young people know Chancellor Merkel, with whom they grew up, but not the candidate Schulz,” said Manfred Guellner, who heads the Forsa institute. He said the latest data showed that “especially young people are looking for stability and continuity in these uncertain times.”

The elder statesperson of western European politics, Merkel has come under fire at home for initially opening Germany’s doors to more than one million refugees. Facing what is likely to be a close-fought ballot, she has toughened her stance on immigration in recent months.

Measured by party, the poll – conducted for Stern magazine and broadcaster RTL – put Merkel’s Christian Democrats (CDU) and their Bavarian sister party (CSU) at 36 per cent, 6 per cent points ahead of the SPD of former European Parliament president Schulz.

A second survey by INSA for the mass-circulation Bild newspaper gave the CDU/CSU a 1.5 point lead ahead of the September 24 national election.

Bavaria pushes ahead with burqa ban as elections loom

The anti-immigrant Alternative for Germany (AfD) party, which had seen its support weaken in recent months, was steady at 8 per cent in the Forsa poll, adding 1 point to 10 per cent in the INSA poll.

Both Merkel and Schulz are hoping to form new governments with smaller parties, but the two polls suggested the “grand coalition” the two parties currently operate is likely to continue.