Theatr­e based on Neil Simon’s hit comedy ‘The Last of the Red Hot Lovers’ begins April 27.
By Our Correspondent
Published: April 22, 2017
Tweet Email 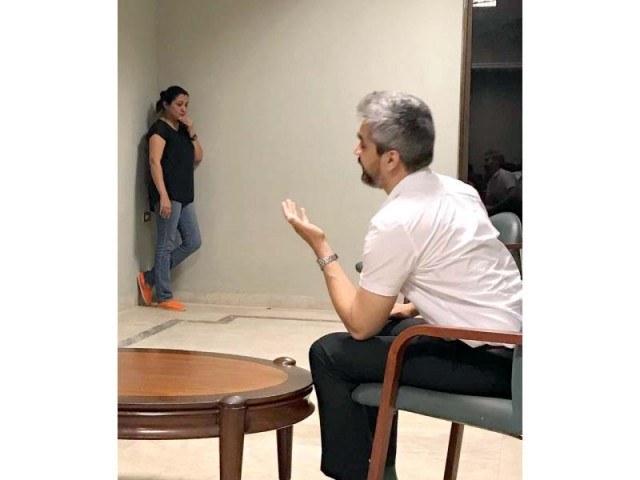 LAHORE: A theatre play based on Neil Simon’s hit comedy ‘The Last of the Red Hot Lovers’ is set to hit the stage on April 27 at Alhamra on the Mall.

The 90-minute-long play has been adapted into Urdu for a contemporary Pakistani audience by scriptwriter Jawwad Daud and produced by Lahore Amateur Theatre Zealots (Latz) founder Huma I Zaman.

Dil-e-Nadaan has been directed by acclaimed theatre director Omair Rana, who will also play the lead actor role along with veteran actor Nadia Afghan.

The play, according to Huma, is about a man who is trying to capture the last of his youth and freedom by attempting to have (and miserably failing at) an affair.

“With outrageous characters at every turn offsetting the gentle soul of the main protagonist, the laughs are guaranteed for this light-hearted comedy of mishaps,” Huma says.

“There is a need to revive good theatre in Lahore and support it by doing more plays both in Urdu and English language,” she added. “Theatre is the very soul of entertainment and this is a small drop in an ocean by the Latz team to encourage actors, writers, producers and audience towards theatre.”

According to the details provided by Latz, Omair is a powerhouse of the Pakistani theatre scene with direction of over 50 bilingual theatre plays under his belt. In addition, he has extensive acting experience in countless English and Urdu stage plays, TV serials, films and commercials as well as teaching theatre.

Scriptwriter Jawwad is a 17-year veteran of screen and page, having written over 21,000 minutes of television and hundreds of features for prestigious national publications.

Some of his plays include Satrangi, Beena and Roza kay Rozay. While working a as script producer currently, he has produced and doctored countless scripts.

Neil Simon is an American playwright, screenwriter and author, with over 30 plays to his name. He has more Oscars and Tony nominations than any other writer. He won the Pulitzer for drama in 1991 for Lost in Yonkers.

Audiences and critics alike enjoy his works for their realism, humour and relativity. His other famous works include The Odd Couple, Plaza Suite, The Out-of-Towners, Brighton Beach Memoirs and Biloxi Blues among others.