Says all develo­pment projec­ts will be comple­ted within stipul­ated time
By Our Correspondent
Published: April 16, 2017
Tweet Email 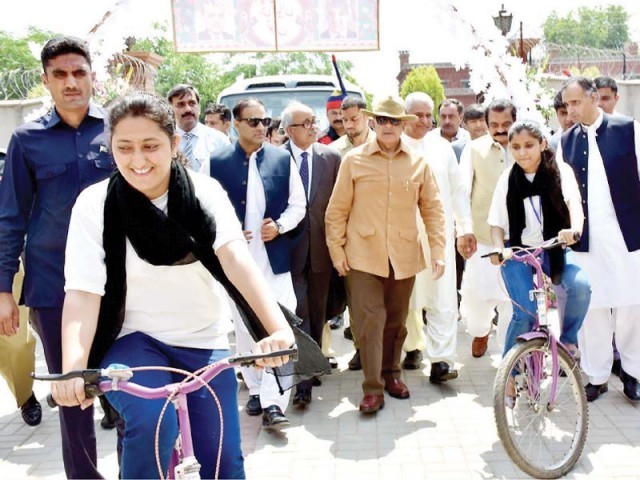 FAISALABAD: Punjab Chief Minister Shehbaz Sharif has inaugurated a number of projects in the city including the emergency ward of Children Hospital, Faisalabad which would be completed at a cost  of Rs1.5 billion.

The chief minister visited the hospital’s emergency block on Saturday and inspected different medical facilities. On the occasion, Shehbaz directed the hospital administration to procure all necessary equipment to deal with any emergency situation in the ward. He said the capacity of the children hospital would enhanced to 1,000 beds in the near future. Faisalabad deputy commissioner briefed the CM about the development on hospital project.

The chief minister also laid the foundation stone of Government Haseeb Shaheed Hospital with a capacity of 260 beds. Later, Shehbaz inaugurated a mega project of water supply in city which would be completed with cost of Rs6 billion.

The chief minister laid the foundation stone of safe city project and construction of parking plaza project in Faisalabad. The safe city project would be completed by December with a cost of Rs9.25 billion while the construction of parking plaza would cost Rs1.5 billion. Shehbaz also inaugurated a 1,000-bed girls hostel at t University of Agriculture Faisalabad (UAF). He said all the projects would be completed within stipulated time.

While announcing the establishment of Information Technology and Skills University and metro-bus service in the city, he said metro bus service would be a wonderful gift of Prime Minister Nawaz Sharif for the people of Faisalabad.