4 children among 9 civilians dead in US airstrike on Syria strike: state media

4 children among 9 civilians dead in US airstrike on Syria strike: state media 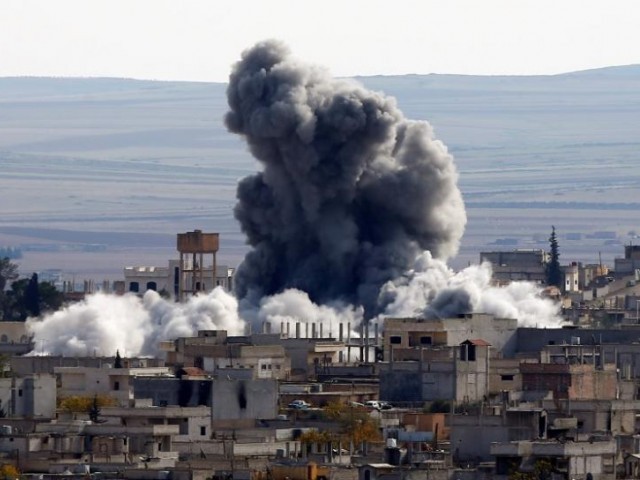 The news agency said five of the civilians, among them three children, were killed in the village of Shayrat just outside the base of the same name.

“An American missile also hit the village of Al-Hamrat, which killed four civilians, including a child,” it stated. “Another seven civilians were wounded when a missile hit homes in Al-Manzul, four kilometres away from the Shayrat air base.”

US warns of ‘own action’ after Syria chemical massacre

Washington said it fired a barrage of 59 cruise missiles at the Shayrat base in response to what President Donald Trump termed a “barbaric” chemical attack on a rebel-held town on Tuesday that he blamed on the Damascus regime.

The Pentagon said it believed the aircraft that carried out the deadly attack on Khan Sheikhun came from the Shayrat base.

US officials said Russian commanders in Syria were informed of the strike beforehand in order to avoid casualties that could prompt a broader crisis.

The Syrian army had said earlier that six people were killed in the strike on the base – the first time that the US has directly attacked the government of President Bashar al-Assad.