It was my dream just to work at McDonald’s: Hania Aamir

It was my dream just to work at McDonald’s: Hania Aamir

The dimple­d ‘Janaan’ star talks about her career and how she became an actor despit­e never having planne­d to do so
By Photo: Rahul Aijaz
Published: April 6, 2017
Tweet Email 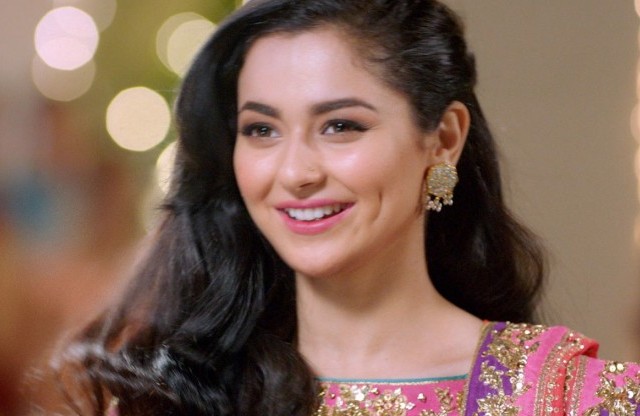 KARACHI  : Hania Aamir burst into the spotlight with a bang, following her debut in Azfar Jafri’s Eid release Janaan. The dimpled beauty became a recognisable face in no time and has since garnered quite a fan following. Less than a year has passed and she is already set to star in two high profile films: Parwaaz Hay Junoon opposite Hamza Ali Abbasi and Na Maloom Afraad 2 alongside Fahad Mustafa and Urwa Hocane.

Hania will be playing the leading lady in the Nabeel Qureshi directorial. “I am playing a Pakistani girl brought up abroad, and she is in love with one of the characters, so the story is about that,” she told The Express Tribune, adding that she found the script hilarious and that’s why decided to sign the film.

New kids on the block

Since her debut in Janaan, Hania’s stock has been on the rise but the actor was internet famous before she made it films. She recounted how she came to signing with Azfar. “I used to make Dubsmash videos and post them online and a lot of people started sharing them and making compilations. I was also active on Ask.fm,” she said. “And (producer) Imran Kazmi found out about me through social media and messaged me on Facebook but I didn’t see it for about two months because it went into the ‘others’ folder. Then I got to know through Reham Khan’s nephew, who I knew from my school that they were trying to get in touch with me and to offer a film. So, I instantly replied and of course, said yes to the project.”

However, the bubbly star admitted she never planned to become an actor. “I just always wanted to work at McDonald’s,” she laughed. “It’s my dream job. I even tell people now if I get a month off, I’m going to go work at McDonald’s.”

But one wouldn’t call the 20-year-old’s entry into the film industry a fluke. With Janaan and subsequently, her television serials Titli and Phir Wohi Mohabbat, Hania has proved she is quite natural and confident in front of the camera. The youngster is currently experimenting with different roles. “I play a negative character in Titli and people were shocked to see that because they never viewed me in that light. But it’s receiving amazing ratings and reviews.”

Talking about what she has noticed in her short time in the industry, Hania said there are a lot of petty issues that people focus on therein. “When I work in dramas, I see people getting upset over small issues. Meri nail polish kharab hogayi is not a huge deal. There are bigger issues, come on!”

Nonetheless, she also pointed out the positive aspects. “You get to meet and bond with people. I’m a social butterfly so I like that. And then I’m doing something I like, which is acting, and then travelling. For Parwaaz Hay Junoon, I have travelled half of Pakistan.”

She also praised her Parwaaz co-star Shaz Khan who learned how to fly for his role in the film. “Shaz just gets into his character. We were shooting a scene in a prison and before his shot, he went and sat alone inside the prison for an hour just to get the feel and vibe. That was intense.”

Asked who she considered the most overrated and underrated actors in Pakistan, Hania said she hadn’t seen enough of anyone’s work to consider them overrated. “But Faris Shafi, Ahmed Ali Akbar, Goher Rasheed and Ahad Raza Mir… I think they’re amazing actors and deserve all the hype. I’ll be disappointed if they don’t get it.”

8 common behaviours that can sabotage your relationship