These quotes make us questi­on how can such a venom-spewin­g politi­cian can become a CM in a democr­atic countr­y
By News Desk
Published: March 21, 2017
Tweet Email 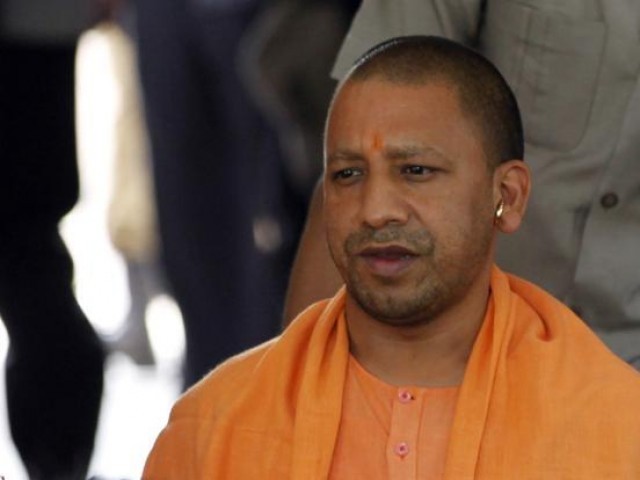 A far-right-wing politician, Aditayanath is the head of Gorakhnath temple in Gorakhpur and is quite notorious for his extreme views against minorities in India, especially Muslims.

His nomination as the CM of UP has put the Muslims of the province in a very vulnerable position with some worrying about communal harmony under his rule.

Here are some of the controversial quotes from Aditayanath which has made people question how can such a venom-spewing politician become a chief minister in a democratic country:

Killing 10 Muslims to avenge a single murder of a Hindu

“If a single Hindu is killed, we will not go to the authorities, but instead murder 10 people [in return].”

“We will not let any tazia processesions take palce inside Gorakhpur city. And along with these tazias, we will also celebrate our Holi.”

Making Muslims bow down to the Hindu majority

“If any organisation refuses to chant ‘Bharat Mata ki Jai’ or sing Vande Mataram, like we destroyed the Babri Masjid, we will destroy it.”

For Aditayanath, Shah Rukh Khan and Hafiz Saeed are same

“Shah Rukh Khan should remember that if a huge mass in society would boycott his films, he will also have to wander on streets like a normal Muslim….I am saying these people are speaking in a terrorist language. I think there is no difference between the language of Shah Rukh Khan and Hafiz Saeed.”

“Trump’s victory has given politics a new direction, a new flow. You must have seen the decision he has taken. He named Narendra Modi his political icon… In 2013, Putin was questioned over Muslims being given special rights. The issue was discussed in their parliament… He stood up and said Russia cannot give anyone special rights as they are a minority. Whoever lives in Russia will abide by Russian laws and whoever doesn’t follow, should go where they have Shariah law.”

“Teresa was part of a conspiracy for Christianisation of India. Incidents of Christianisation had led to separatist movements in parts of North-East, including Arunachal Pradesh, Tripura, Meghalaya and Nagaland.”