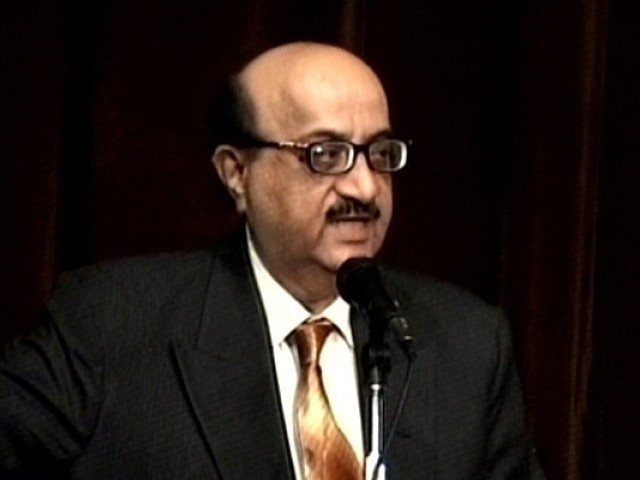 Justice Shah, a loyalist of the ruling PPP, was appointed by the president on October 7, 2010 and his appointment was notified the next day. But Chaudhry Nisar Ali Khan, leader of the opposition in the National Assembly and Shahid Orakzai, a freelance journalist, challenged the appointment in the Supreme Court.

In a 33-page detailed judgment handed down on Tuesday, the court directed the government to appoint a new chairman of the bureau forthwith since Justice Shah’s selection is not recognised by the law. The slot of chairman NAB was technically vacant even though Justice Shah was in office.

The judgment says that the leader of the opposition and the chief justice of Pakistan cannot be excluded from the consultation process. “Section 6(b)(I) of the National Accountability Ordinance, 1999 provides for appointment of Chairman National Accountability Bureau by the president in consultation with the prime minister and the leader of the opposition,” reads the order.

Attorney-General Maulvi Anwarul Haq has admitted that the appointment of chairman NAB does not fall within the discretionary powers of the president and for such appointment he has to act upon the advice of the prime minister in terms of Article 48(1) of the constitution.

“It is not disputed that before the appointment of the respondent as NAB chairman February 9, 2011 neither the president nor the prime minister had consulted the leader of the opposition in any manner whatsoever and, thus, a mandatory requirement in that regard had remained unfulfilled,” reads the order.

The judgment authored by Justice Asif Saeed Khosa said that Justice (retd) Shah’s reappointment was made on the wrong advice of the law ministry. The appointment was challenged by Chaudhry Nisar Ali Khan, leader of the opposition in the National Assembly and Shahid Orakzai, a freelance journalist.

The court ruled that because of his two appointments as chairman NAB, Justice (retd) Shah now stands disqualified for the office. His appointment is ultra vires section 6(b)(i) of the NAB Ordinance and through such illegal appointment the fundamental rights of the people of this country are adversely affected.

President Zardari had written letters to both the prime minister and the opposition leader seeking their opinion on reappointing Justice Shah in what appeared to be an attempt to fulfill his legal obligation to ‘consult’ the two men on the issue.

Opposition leader Khan responded to the letter on Monday. He apparently rejected Justice Shah’s proposed appointment saying that he had ties with the PPP. NAB chairman should be bipartisan, he added.