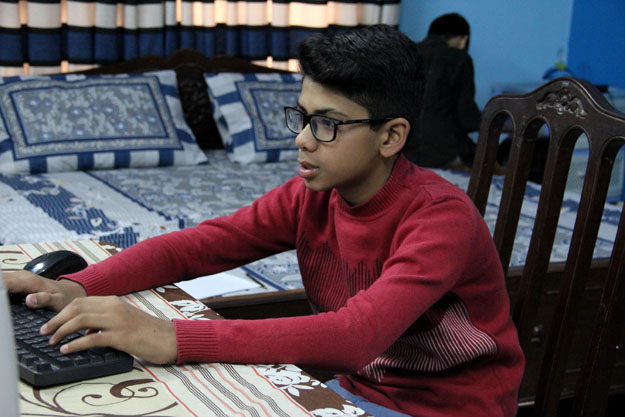 KARACHI: Twelve-year-old Uzair Abdullah has become the youngest charter member in the certification of Microsoft Certified Solutions Expert (MCSE) in cloud platform and infrastructure after completing six Microsoft-certified courses within six months of beginning the courses.

Uzair, who is studying in class eight at Beaconhouse School System – Discovery Centre, began to take an interest in information technology (IT) to kill time after school. His parents later discovered his extraordinary aptitude in the subject.

The IT wizard, whose father is currently a finance manager in Djibouti, moved to Nairobi, Kenya, when he was two years old. He moved back to Gujranwala almost two years ago.

After spending seven years in Nairobi and studying till class six at the Turkish Light Academy, Uzair and his sister shifted back to Gujranwala in June 2015 and their mother followed later. “We always wanted him to do such courses to enhance his abilities in his field of interest,” said his mother, Ambreen Abdullah, adding that Uzair’s elder sister helped and guided him about the courses.

“A tutor used to teach him at home during his stay in Gujranwala where he did not go to school. With the help of tuitions he appeared in the board examinations of class eight,” said Ambreen. Uzair enrolled himself in the courses and went to appear for tests in Peshawar, as the closest Microsoft centre was located there. 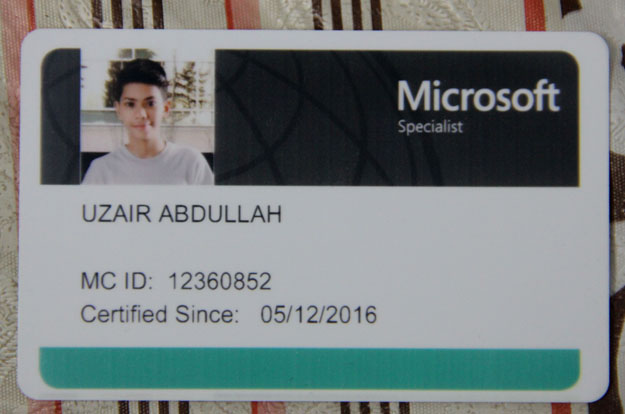 Uzair’s older sister helped him and guided him in terms of courses. PHOTO: AYESHA MIR/EXPRESS

The family shifted back to their grandfather’s house in Karachi in May 2016 and the youngest charter member got admission in the school but due to his age, he had to study class eight again because he skipped two classes in his schooling. “I skipped class three while in Kenya and directly appeared for class eighth in Pakistan after sixth,” he said while using his computer to show his online certifications.

Uzair has certified in MCSE and Microsoft Certified Solutions Developer (MCSD) in web development, server and networking and cloud platform and infrastructure. He is a charter member in MCSE and was 11 years old when he completed his course on May 11, 2016.

The 12-year-old is also interested in games. “I help my mother prepare food after I finish my homework and play in the evening,” he said, adding that he goes for a one-hour-long swimming class five times a week and is also learning how to ride a bicycle from his cousin. 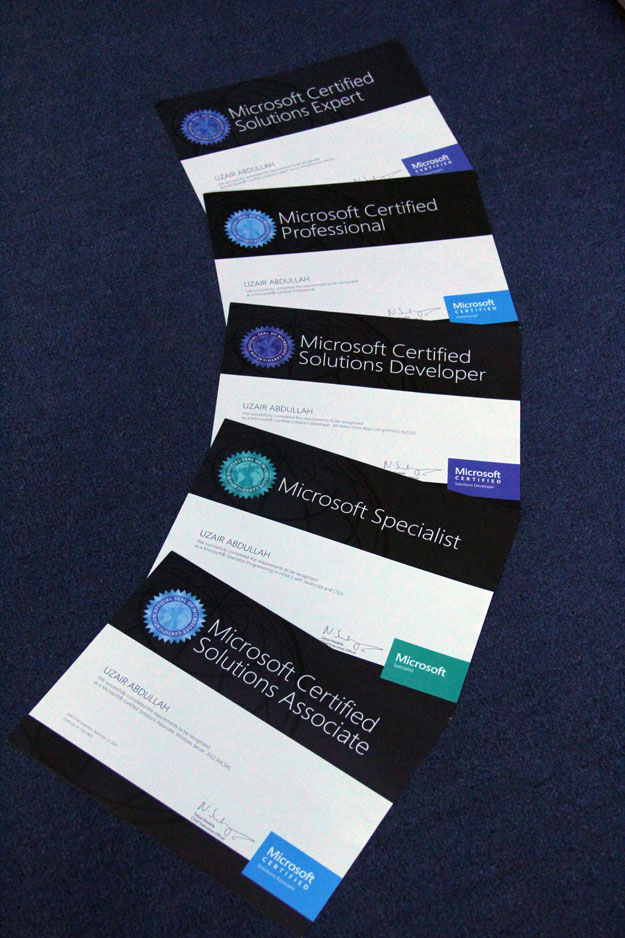 Other than swimming and bicycling, he also plays football, archery and basketball and his bedroom has a wall dedicated to basketball and even has a hoop! “I also help my two younger brothers study after I complete my work,” he added.

For now, Uzair has taken leave from the courses and will be concentrating on his studies. He said he will be giving his CIE examinations in computers, math and science.

Complaining about the Microsoft recognition process in Pakistan, his grandfather, Aqeel Ahmad, said the Microsoft office staff in Karachi told them they cannot issue any certificates to him as the youngest charter member in cloud platform and infrastructure.

They used to do this before but now they have stopped, lamented Ahmad. “They said they conduct exams and tests via third parties now and the certifications can only be gained online,” said Uzair about the Microsoft officials’ response to his queries.

Here’s how much Samsung Galaxy S8 will likely cost