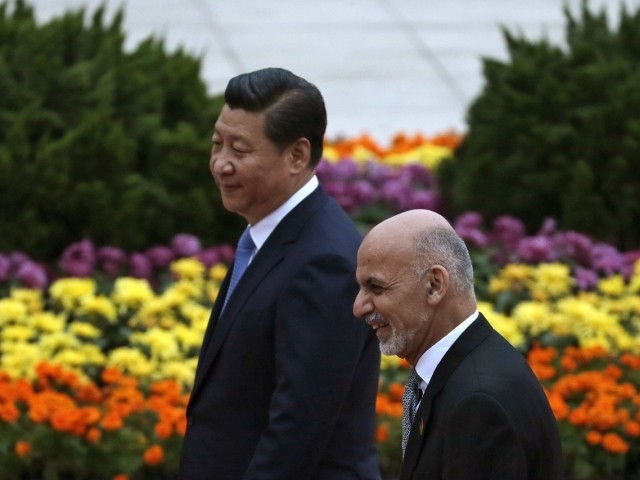 ISLAMABAD: The Afghan Taliban’s senior political negotiators recently visited China on the invitation of the Chinese government, which has been making efforts to encourage the insurgent group to join the peace process, two Taliban officials have said.

People who are aware of the activities of the Taliban Qatar office also confirmed the visit.

“The visit was part of the relations of the political office with European countries such as Norway, Germany, France, Britain as well as neighbouring and regional countries,” a Taliban source said when asked about the purpose of the visit. “But these relations are focused on bringing about peace in Afghanistan and resolving the issue through negotiations,” said the source who did not want to be mentioned by name.

Another Taliban leader said, “Being a major world power, China is a main stakeholder and wants to play its vital role for peace and stability in Afghanistan. That is why it invited the Taliban.”

Days after the Taliban trip that was made last month, Chinese special envoy for Afghanistan, Deng Xijun, visited Kabul and met senior Afghan leaders including President Ashraf Ghani. The Chinese envoy told the Afghan president that his country has “encouraged the Taliban during our contacts with them to join the peace process,” Ghani’s office said after the meeting last month.

“China has always conveyed to the Taliban during meetings that it recognises the Afghan government and the president and that talks are the only option for them,” Xijun said, according to a statement.

The Taliban visited China days after a trilateral meeting of senior diplomats from China, Pakistan and Russia in Moscow that supported lifting of international sanctions on the Taliban leaders. The Taliban office in Qatar was quick to hail the outcome of the Moscow meeting on Dec 27 and said the major stakeholders “understood that the Islamic Emirate of Afghanistan is a political and military force.”

Afghanistan assures action against “terrorist sanctuaries” on its soil

Regional experts are of the view that China has been actively trying to promote peace and stability in Afghanistan, particularly in view of the vacuum that has emerged in the country and the region due to the failure of American policy and subsequent drift and confusion in the US Afghan policy.

“Firstly, to stop Afghanistan from being a springboard for any possible spillover into China of the lingering instability due to the Afghan civil war, particularly on the sensitive Xinjiang province of China that shares a border with Afghanistan.

“Secondly, to coordinate Afghan policy with Pakistan, given the Beijing-Islamabad strategic partnership, so that Afghanistan is not a venue or battleground for a new round of proxy war or a new Cold War detrimental to both the allies’ interests.

“Thirdly, to provide for a more conducive regional environment and to ensure peace, security and stability via a peace process involving the Kabul regime and the Taliban,” he said.