There is no longer any opposi­tion to polio immuni­sation­s amongs­t prayer leader­s in target areas.
By Said Nazir
Published: March 25, 2011
Tweet Email 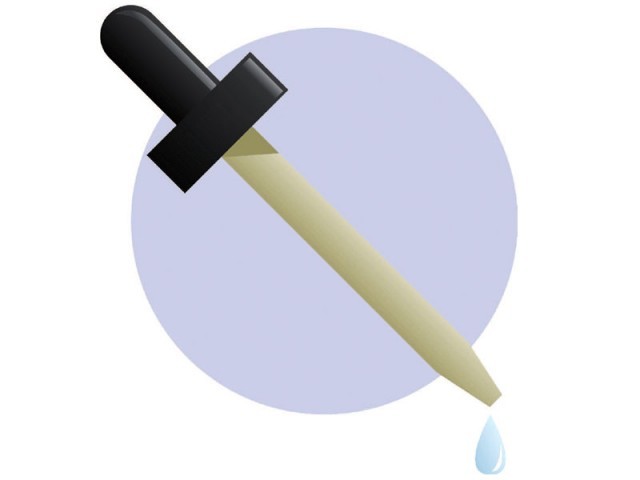 Religious clerics, once staunch opponents of the anti-polio campaign, are now vaccinating children with their own hands.

Mufti Zia ur Rehman has had a change of heart. For many years he bitterly opposed polio vaccinations in his native village of Ghundri, located in Jamrud tehsil of Khyber agency. Like many of his colleagues in the tribal areas, he believed that polio drops caused infertility and contained impure substances like urine. The attitude of men like him contributed to Khyber agency becoming one of the worst hit areas in the country — with a record 36 polio cases in 2010 alone. In fact, out of 11 cases reported in Pakistan this year, six are from Khyber agency. But the efforts of health department officials and the obvious plight of the victims did little to convince the mufti of the danger that his views posed to the people he ministered.

All that changed on November 3, 2010. On that date a seminar was held at The Shaikh Zaid Islamic center at the Agriculture University of Peshawar which was attended by 700 renowned religious scholars and clerics from KPK and FATA. Organised by the National Research and Development Foundation (NRDF) with financial support from UNICEF, the event brought ulema and health officials face to face. After much debate and discussion, the ulema issued a unanimous decree stating that there were no harmful substances in polio drops and urged clerics to support the anti-polio campaign to save children from the crippling disease. To do so conforms with the dictates of Islam, they categorically stated.

It was no accident that the majority of religious scholars were of the Deobandi school, says Tehseenullah, the chief coordinator for NRDF. The Deobandi ulema enjoy great influence in KPK and FATA and have historically opposed polio vaccinations.

“After listening to my teacher Dr Sher Ali Shah sahib in the seminar I decided to give up my opposition to the anti-polio campaign and start vaccinating children in my village with my own hands in order to save them from this disability,” said a determined Mufti Zia-ur-Rehman who had previously been a staunch opponent of polio vaccinations.

When asked why he had opposed the vaccinations in the first place, he claimed he had never been provided any proof that the drops did not cause infertility. He also referred to a news report that Maulana Haneef Jalandri, the head of Wefakul Madaris-e-Pakistan had declared administration of polio drops to children un-Islamic.

In the ulema congregation, Mufti Zubair Usmani personally decreed that polio drops did not contain anti-fertility elements, as testified by a medical laboratory at Dar-ul-Uloom Karachi and the National Institute of Health (NIH) Islamabad.

With his fears finally laid to rest, Mufti Zia says, “We are now bound to follow the decree of our senior ulema and correct our misconception about polio drops.”

“My fellow ulema like Mufti Siraj and Mufti Khan Muhammad were against the polio campaign but after I held meetings with them and showed them Dr Sher Ali Shah’s decree they changed their stance and became supporters of polio eradication,” Zia-ur-Rehman added.  The approach is clearly working:  “Within the last four months we have covered 417 chronic religious refusal cases in Jamrud and reduced 292 cases to 140 in Landikotal tehsil of Khyber Agency with the help of local ulema led by Mufti Zia,” said Attuallah, a coordinator of NRDF for Khyber Agency.

But this sudden change of heart hasn’t been accepted by all. Mufti Zia says that some of his followers suspect the ulema have been ‘bought’ by the government, an allegation he strongly denies, saying that the senior ulema directed them to change their stance. “We will continue our efforts, till we eradicate the polio virus from our region without charging any fees, as it is our religious and moral duty to protect our children,” he declares.

NRDF’s project aims to convert opponents of the polio campaign into allies. Besides a core group at every district and agency level, a network of 60-80 ulema advocate polio vaccinations through sermons and announcements and convinces chronic refusers during the campaign.

Now, the project has even been extended into what were once conflict zones. In two district of Bajaur and Mohmand Agencies and two districts of Swat and Buner, NRDF started a pilot project in December 2009, following the successful military offensive against Mullah Fazlullah’s Taliban faction. “Fazlullah had been a fervent opponent of vaccination, calling it a Western conspiracy to sterilise Muslim children,” says Iqbal Khan, the office manager of the NRDF.

But after the defeat of the Swat Taliban, a joint edict was signed by 288 local ulema which declared polio vaccinations halal and in accordance with the teachings of Islam. Buoyed by this success, the project has been extended to 14 more districts of KPK and four agencies of Fata including Khyber, Orakzai and the North and South Waziristan.

Maulana Abdul Ghani who runs a madrassa in Bannu was against polio vaccination for years but last year NRDF convinced him of the necessity of polio immunisation. He has now become a polio supporter and runs campaigns against the crippling disease in North and South Waziristan.

According to the NRDF coordinator, there is no longer any opposition to polio immunisations amongst prayer leaders in target areas. The only problem the anti-polio drive faces is access to areas where military operations are underway. He said, “We run our campaign in Taliban strongholds like North Waziristan without any fear.”