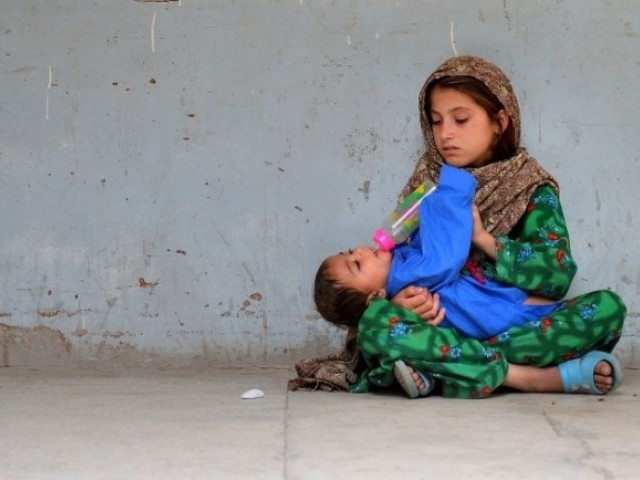 The Federally Administered Tribal Areas (Fata), situated along the Afghan border, had long been the hotbed of militancy posing threat to security and stability in Pakistan, Afghanistan, and the wider region. Before operation Zarb-e-Azb, the area was considered as the most dangerous spot in the world, which is why significant support and pressure is coming from various quarters for reforms in the region.

In November 2015, the federal government formed a committee under foreign policy adviser Sartaj Aziz to recommend reforms in the tribal belt and the commission compiled a report and made proposals in 2016 after consulting stakeholders in all the seven tribal areas part of Fata.

If introduced, the recommendations will have legal, political, social and economic impacts on the area that could change the fate of the tribal people besides improving the security situation in the region and the rest of the country.

Major parties such as Jamaat-e-Islami, Pakistan Peoples Party, Pakistan Tehreek-e-Insaf, Pakistan Muslim League-Nawaz and Awami National Party have extended support to the proposals, while Jamiat Ulema-i-Islam-Fazl, Pakhtunkhwa Milli Awami Party and Fata Grand Alliance – a conglomerate of a few tribal elders – are resisting the recommendations. The Alliance, in particular, maintains that Fata reforms are an undemocratic way of dealing with the tribal areas and calls for either a referendum on the issue or re-election of Fata parliamentarians.

At the masses level, the government has enough support for the implementation of its recommendations on Fata without a major hindrance. Due to internal and external pressure, it also has the political will to go ahead with the agenda. Some analysts believe the government will soon implement the reforms possibly with minor amendments.

The proposal to merge Fata with K-P includes ambitious economic plans and will make use of a 10-year development strategy to reduce gaps between the province and the tribal areas.

Resources will be allocated to the region as part of the Public Sector Development Programme, while the National Finance Commission will also ensure the provision of three per cent of available resources from the federal divisible pool for region’s rapid development.

As planned, urban hubs will be set up in the headquarters of all agencies to spur economic growth.

Fata is governed by the draconian Frontier Crimes Regulations (FCR) – a colonial-era law which vests all powers in the offices of political agents, including punishment of entire tribes and clans for the actions of individuals. The political agent even has the power to put a person behind bars for three months without giving any reason.

In addition, Article 247 of the Constitution doesn’t allow parliamentarians from Fata to legislate for their area. Section 7 of the article keeps the tribal region outside the jurisdiction of the Supreme Court of Pakistan and the high courts, which effectively bars tribal people from challenging the verdict of a political agent or a jirga in a court of law. It is important to note that most cases in the tribal areas are decided according to local customs.

Although the Fata Tribunal was set up a few years back to work as an appellate court, the body is headed by an administrative officer and not a professional judge.

Fata reforms aim to extend the jurisdiction of the Supreme Court and the Peshawar High Court to the tribal areas while also retaining the jirga system. For this purpose, FCR will be replaced with the Rawaj Act. The law enforcement agencies will also be strengthened to improve policing and border management. Unlike before, individuals will be held accountable for their acts and not their entire tribes, and the National Accountability Bureau will have authority in the region. Official land records will be established using the geographic information system to resolve settlement issues as most tribal areas don’t have a record so far.

After much ado: Govt looks to replace FCR with Rawaj Act

Despite disagreement on the merger of Fata with K-P, there is a wide consensus on repealing the FCR. During the five-year transition programme, elected local bodies will be established in Fata and development funds will be allocated to them. Currently, the development function is carried out by the office of political agents who represent the president and K-P governor. The change is expected to end alienation of tribal people in the political discourse. Elections will be held on party basis and Fata residents will have representation in the provincial assembly, while the parliament will have the powers to legislate for tribal areas.

During this transition period, internally displaced persons will be rehabilitated, infrastructure will be reconstructed and security will be improved.

A cabinet-level committee comprising the K-P governor, the minister and federal secretary for States and Frontier Regions, the federal law minister, the national security adviser, and an army representative will be formed to review the progress of these reforms. Moreover, a special Directorate of Transition and Reforms will be established with dedicated units for the implementation of each reform. The prime minister will review progress in consultation with stakeholders on a quarterly basis. The government would approach the senate chairperson and National Assembly speaker to seek the endorsement of parliament for reforms.

Even with wide political support, the proposed reforms have attracted criticism from certain think tanks, analysts and members of civil society who believe the government doesn’t have a precise blueprint for implementing the ten-year development plan and that its absence will result in a waste of resources. Some also criticise the Rawaj Act because it upholds anti-women customs such as ghaag (forced engagement), walwar (bride price) and swara (giving girls in exchange to settle family feuds). They fear it will discourage women participation at various levels, lead to human rights violations and introduce two different types of administrations in the province.

The complete 92-page committee report can be viewed here.

Imdad Hussain is an Islamabad-based journalist specialising in diplomatic and security issues.