The much-awaite­d report of the commit­tee on Fata reform­s is now public­
By Muhammad Anwar
Published: September 6, 2016
Tweet Email 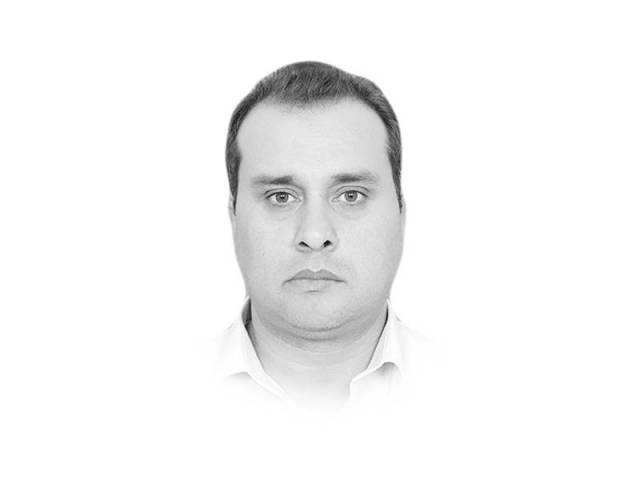 The much-awaited report of the committee on Fata reforms is now public. In a previous article, I had pointed out three main areas with regards to the future of the tribal areas for the committee’s consideration: 1) extending the jurisdiction of the superior courts to Fata; 2) shifting the legislative powers for the tribal areas from the hands of the president and governor of Khyber-Pakhtunkhwa (K-P) to parliament, and to the Balochistan and K-P Assemblies; and 3) deciding if Fata should be made part of mainstream K-P or of Pata in K-P, or if it should be given the status of a province of Pakistan.

While the committee has recommended the extension of superior courts’ jurisdiction to Fata and merging of Fata in K-P, which will effectively shift the legislative powers from the hands of the president and governors of K-P to parliament, and to K-P and Balochistan assemblies, we have to wait for five years for any such thing to happen. The committee has recommended a five-year transitory period to “minimise the likely de-merits of the integration option”, therefore, effectively killing the 22nd Amendment bill introduced by Fata parliamentarians in September 2015. The report has rightly mentioned that Fata reforms should be seen as a process and not an end in itself. Governance reforms are a prerequisite for stability but the committee sees it the other way around. The process should ideally start from the constitutional guarantees through abolishing or amending Articles 246 and 247 of the Constitution. The committee, on the other hand, recommends not amending these articles for the coming five years, which means that all recommendations and the reforms process will not have any constitutional guarantee. While the committee has pointed out many times in the report that the overwhelming majority of the people of Fata are supporting the Fata merger, the five-year delay in this direction has been justified on unfounded or vague premises. These notions included the tribal mindset, which favours Riwaj (customs) or jirga system, opposition from tribal Maliks who are beneficiaries of the system, the low capacity of the K-P government to tackle the development needs of Fata and the temporary displacement of people from North and South Waziristan.

If not for other reasons, the ‘de-merits’ mentioned by the committee should have necessitated the urgency for Fata reforms. How is it justified to delay the reforms process due to fear of Maliks, but not to expedite it on the will of Fata parliamentarians? For the next five years, Fata will remain under the FCR, which has been given the new name of the Tribal Areas Riwaj Act. This means that Fata will still not have any provincial representation in the 2018 election. Under this Act, a judge will appoint a council of elders to decide factual issues in accordance with Riwaj. How the judge will be empowered without allowing the superior courts’ jurisdiction in Fata for five years is a mystery. The existing structures and actors will remain in power without there being any meaningful legislative oversight by Fata parliamentarians.

The report rightly highlights the need for development in Fata, but the main assumption here is to allocate three per cent of the NFC to Fata. What if the federal and provincial governments do not agree upon the next NFC award? Will the federal government agree to provide Rs90 billion for Fata development, in addition to the existing Rs21 billion, from the federal share if the NFC award is delayed? If a merger is the final option, the members of the provincial assembly from Fata should immediately be elected so they can start overseeing the interim period.

Recently, the federal government withdrew the Customs Act from Pata under pressure from the local elite and political parties, which included the ANP, JI, QWP, PTI and PPP. These political parties often lament the delay in reforms in Fata but campaigned for the status quo in Pata. Suppose the reforms are fully implemented in Fata, and Fata vanishes one day after merging with K-P, will Pata still remain a tribal area without the Customs Act and true democratic representation?

There is a banyan tree in Landi Kotal chained since 1898 because a drunk British officer ordered its arrest as he thought the tree was moving towards him. Like that tree, Fata has been chained by the FCR since 1901 because another British officer thought “you can’t rein a wild horse with silken braid”. It is time to release both the tree and Fata from these colonial chains.