You've gotta watch it to believ­e it!
By Our Correspondent
Published: February 27, 2017
Tweet Email 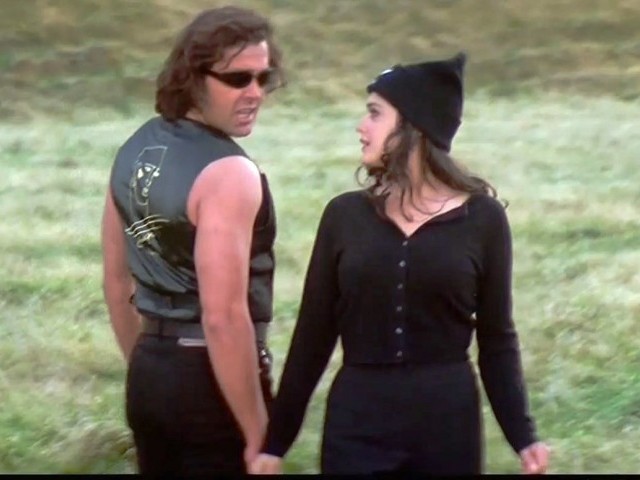 KARACHI  : If you grew up in a desi household during the 90s, chances are that you are familiar with the song Soldier, the title track of the Indian action thriller starring Bobby Deol and Preity Zinta.

Even those of us that heavily fancy and qualify as Rock and Metal enthusiasts – who by virtue are expected to claim utter disdain for the entire Indian film music genre – have this song embedded rent free in their cerebral cortex,  for almost three decades now.

In all honesty, no matter how hard we try, we can’t purge our past. The best way to tackle ill feelings related to bygones would be to perhaps come to terms with it – by embracing it unapologetically – and that is precisely what Ahmed Nadeem has achieved through his metal rendition for Soldier.

There is no refuting that the original song – a duet sung by Kumar Sanu and Alka Yagnik and composed by Anu Malik – is appealing to the ear. However, this version with its Iron Maiden-esque guitar riffs melded tidily with a progressive rock composition, plants and highlights the film itself in a much better context.

The cover ensures that the listener realises how badass the movie really is to begin with; Bobby seeks revenge from three ex-Indian army officials turned weapon smugglers for killing and subsequently framing his patriotic father, while also seducing the daughter of the ring leader, played by Preity.

Ahmed’s cover also shares the same vocal track as the original that unpredictably pairs well with the aggressive guitar work in a way that provides closure to metal heads that have melodies of various filmy tunes still wedged in their heads. Bobby, who recently started his career as DJ, should consider playing this track at one of his next club gigs. Perhaps this time around, audiences won’t ask for their money back!

Simultaneously, the experimental cover is also an ode of sorts to Anu, who save for a few exceptions, is publicly bashed for ripping off songs from here and there. His rendition of the song had a particularly long shelf life and Ahmed has just celebrated on SoundCloud what was already an integral part of the highway playlist all across Pakistan.

Let’s hope that the Bollywood producers who are so fond of making sequels and remakes consider Soldier after taking note of this version. After all, you won’t find a better execution of this classic anywhere else in B-town.

Listen to the new version here: