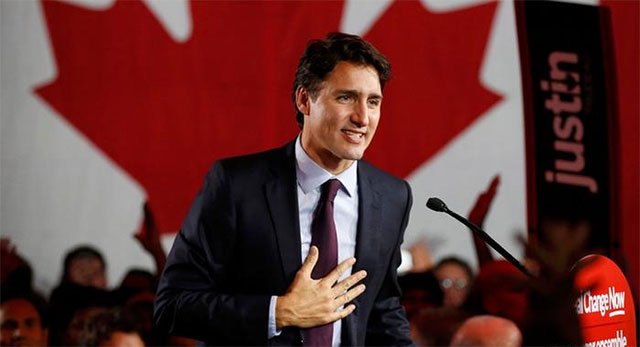 Canada will resettle 1,200 Yazidi refugees who faced persecution by the Islamic State group, the immigration minister said on Tuesday.

Some 400 have already been airlifted to this country.

"Our operation is under way and individual survivors of IS have been arriving in Canada for resettlement in the last number of months and this began on October 25, 2016," Immigration Minister Ahmed Hussen said. "Our government will resettle approximately 1,200 highly vulnerable survivors of IS and their family members in Canada."

The initiative follows Parliament's resolution last fall to take in Yazidis facing "genocide" in Iraq at the hands of the IS group.

The original aim was to bring over women and girls at risk, but Hussen told a news conference that Ottawa had learned that "IS has also deliberately targeted boys and as such we are helping to resettle all child survivors of IS."

Hussen said the migrants are arriving on commercial flights at a "controlled pace" to avoid overwhelming Canada's refugee system.

The operation is expected to cost US$21 million.

Since coming to power in late 2015, Prime Minister Justin Trudeau's government has resettled 40,000 Syrian refugees. The Yazidis taken in have been subjected to comprehensive security checks and medical examinations, Hussen said.

Yazidis are a Kurdish-speaking minority with a pre-Islamic religion thought partly to have its origin in the Zoroastrianism of ancient Persia. They are neither Arab nor Muslim and IS considers them polytheistic heretics.

Canadian police patrol mosques, reach out to Muslims after attack

Bunny Rabbit | 4 years ago | Reply Best of Luck - Canada
Replying to X
Saved ! Your comment will be displayed after the approval.
Error !
Error! Invalid Email.