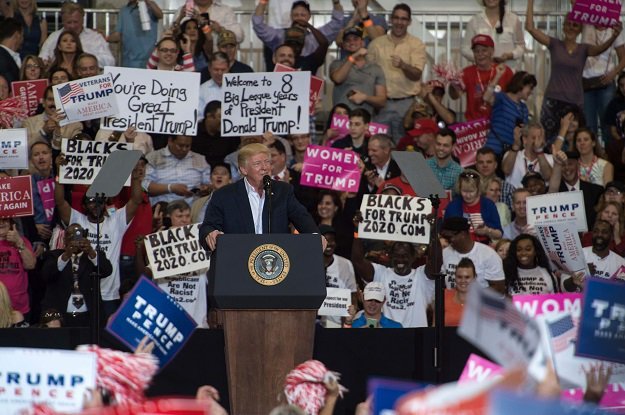 US President Donald Trump was speaking to supporters on Saturday when he apparently referred to the Scandinavian country as the site of a terror incident - the latest example of his administration naming a non-existent attack.

He was addressing a campaign-style rally in Florida when he launched into a list of places that have been targeted by terrorists. "You look at what's happening in Germany, you look at what's happening last night in Sweden. Sweden, who would believe this? Sweden. They took in large numbers. They're having problems like they never thought possible," he said, provoking mockery on social media.

Donald Trump thinks there was a terrorist attack in Sweden. It was in Sehwan in Pakistan, 88 died. https://t.co/kgR5xKaO3M


His speech was aimed at defending his order last month that blocked refugees and travelers from seven majority-Muslim countries from entering the United States.

The order has been suspended by a federal appeals court, and Trump vowed to introduce a new order this week as a means of protecting Americans at home.

He went on to name Brussels, Nice and Paris - European cities that have been struck by deadly terror attacks.

On Sunday, Trump tweeted an explanation of his remarks.


The tweet followed a request from Sweden's foreign ministry on Sunday seeking an explanation.

"We want to know what he means," she said in an interview broadcast on Sunday. "The US president speaks and the whole world listens. He is speaking about Sweden in a way that we don't understand what he means or refers to - in connection with acts of terrorism in other countries. It would make sense if we could get an answer to this question."

Sweden? Terror attack? What has he been smoking? Questions abound. https://t.co/XWgw8Fz7tj


Gunnar Hokmark, a Swedish member of the European Parliament, retweeted a post that said:

How could he know? https://t.co/SnZ4GgSqnP

White House seems to be a foggy house, #whathappenedandwhere?


Numerous internet wags responded with Ikea-themed tweets. Some posted photos of the impossible-to-understand instructions for assembling Ikea furniture, calling it "Secret Plans for the #SwedenIncident."

Posts flooded into @sweden, the country's official Twitter account which is run by a different Swede each week.

This week's curator, Emma, who describes herself as a school librarian and mother, said the account had received 800 mentions in four hours.

"No. Nothing has happened here in Sweden. There has not ben) any terrorist attacks here. At all. The main news right now is about Melfest," she said, referring to the competition to pick the performer who will represent Sweden at the Eurovision singing contest.

And if anyone has missed it, NOTHING HAS HAPPENED IN SWEDEN! There is no terrorattack or anything of the sort.


Top Trump aides in his month-old administration have faced criticism and ridicule after speaking publicly about massacres that never took place.

She later tweeted that she meant to say "Bowling Green terrorists" - referring to two Iraqi men who were indicted in 2011 for trying to send money and weapons to Al-Qaeda, and using improvised explosive devices against US soldiers in Iraq.


And White House spokesperson Sean Spicer made three separate references in one week to an attack in Atlanta. He later said he meant to say Orlando, the Florida city where an American of Afghan origin gunned down 49 people at a gay nightclub last year. 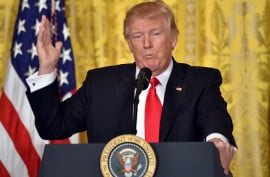 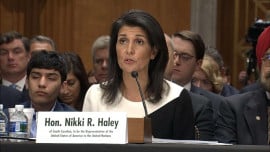 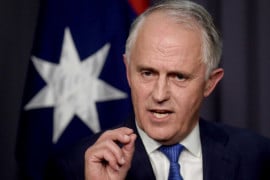