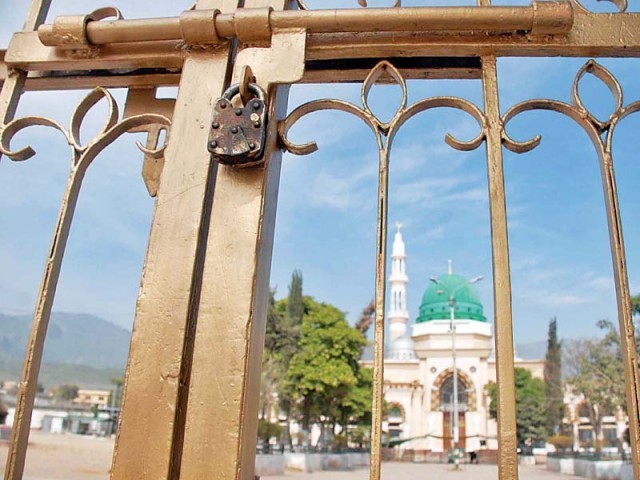 ISLAMABAD: Following the bombing in Sehwan which left over 80 people dead, a crackdown was launched in the twin cities on Friday in which at least 90 suspects, including 10 Afghans, were detained.

Security in Islamabad and Rawalpindi, heightened after the Lahore suicide bomb blast, remains on alert.

In the capital, Islamabad Police – including women police -along with Rangers, Rescue 15 and other security agencies carried out search operations in the suburbs in Bhara Kahu including Dhok Nai Abadi, Ahmed Town, Athal, Kalma Chowk, Dhok Jilani, Nain Sukh and Dhok Mohri.

During the operation, officials searched 350 houses, arresting at least 42 suspects. Of those caught, there were 10 Afghan nationals.

The suspects were shifted to Bhara Kahu station for further investigation. 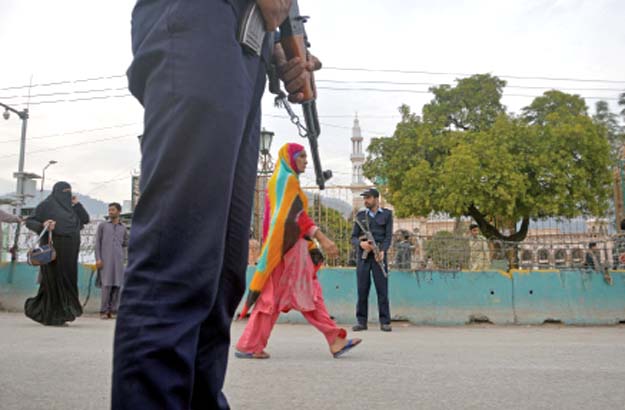 Police officials said that during the search operation, they had arrested 53 suspects, most of which were Afghan nationals.

According to a statement from the military’s media wing, the Inter Services Public Relations (ISPR), a meeting was held between Commander Rawalpindi Corps and senior officers of various law enforcement agencies to take a stock of the security situation in the garrison city.

“In wake of recent upsurge in terrorist incidents in the country, search and combing operations in areas of Rawalpindi district have been enhanced and security apparatus has been put on high alert,” the military said in a statement.

“Security forces and intelligence outfits had been instructed to further intensify combing and targeted operations with the aim to eliminate terrorists and sleepers cells.”

Police and other law-enforcement agencies in Islamabad have been placed on alert after the National Counter Terrorism Authority (NACTA) issued a threat alert for the twin cities.

A NACTA alert, dated February 16, said that terrorists had prepared a suicide bomber to carry out a bombing in the twin cities. NACTA subsequently directed law enforcing authorities to adopt ‘extreme vigilance and heightened security measures’ at all vital installations, buildings and public places like hospitals and schools in Islamabad and Rawalpindi.

In a meeting convened by Islamabad Deputy Commissioner Mushtaq Ahmed on Friday, it was decided that all assistant commissioners would visit education institutes and other important public places on a daily basis to review security measures.

Additional Deputy Commissioner (ADC) Abdul Sattar Isani, reviewed security arrangements at the two major malls in Islamabad on Friday. He told The Express Tribune that the Bari Imam shrine, which had been closed by for security reasons immediately after the bombing in Sehwan on Thursday evening, reopened on Friday amid tight security.

“Security has been increased at all shrines, worship places and other important points in the capital. All visitors to these places are being searched,” Isani said and added that patrolling of law-enforcers had also been enhanced in the capital.

Police in Abbottabad on Friday sealed the shrine of Panj Pir.

Following the afternoon prayers, City SHO Sardar Wajid sealed the shrine in a bid to minimise chances of large gatherings at public places.

Police in Azad Jammu and Kashmir have further beefed up security in the valley where an assassination attempt had been made on a prominent cleric two days ago. (WITH ADDITIONAL INPUT FROM OUR CORRESPONDENT IN ABBOTTABAD AND APP)