Theatre performance: The ‘city of sorrow’ reincarnated on stage

Theatre performance: The ‘city of sorrow’ reincarnated on stage 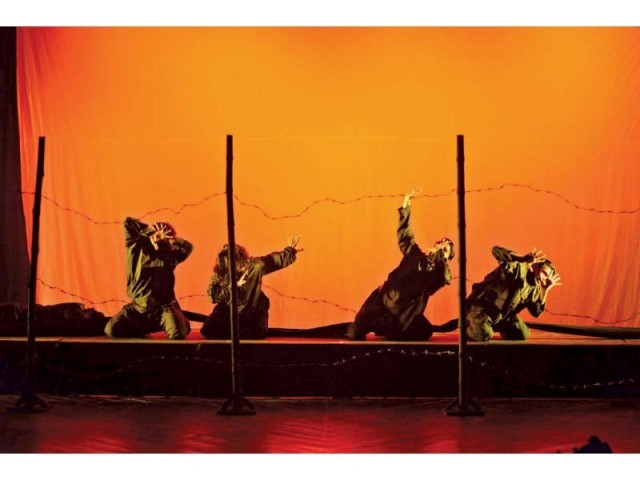 LAHORE: Depicting the toll of human suffering from the perspective of three characters during the troubled periods of 1947 and 1971, the Ajoka Theatre presented the play Shahr-e-Afsos, written by the great fiction writer Intizar Hussain.

With the collaboration of the Lahore Arts Council, Ajoka performed the play on Wednesday and Thursday at the Alhamra hall to pay tribute to the writer by performing his short story on his first death anniversary. 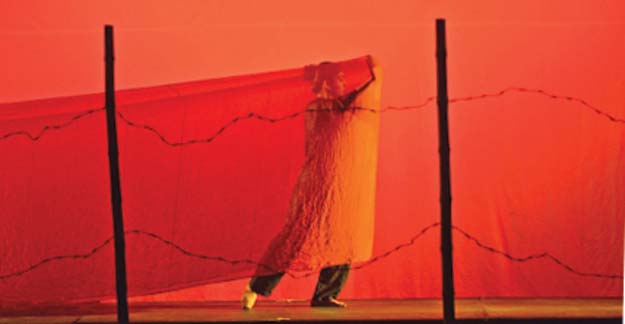 Based on Intizar‘s famous short story and designed and directed by Madeeha Gohar, Shahr-e-Afsos depicted the nightmarish world of three guilt-ridden characters, who lived through the bloodiest times in the history of the country – during 1947 and 1971.

The surreal figures, caught in a web of internal guilt and condemnation, seek escape from the horrendous memories which engulf them but find no respite, no salvation as they plunge further into the abyss of despair in the city of sorrow.

The cast included Usman Zia, Usman Raj, Usman Chaudhry and Anam Zaheer. The play was scheduled for February 13 and 14 but was postponed and rescheduled to February 14 and 15.

On the first day, acclaimed writer Ashgar Nadeem Sayyed was the chief guest. He congratulated the Ajoka team on the captivating performance and shared his memories of first reading Shahr-e-Afsos.

“It was in September 1972, I invited Intizar Hussain to Multan where he read Shahr-e-Afsos in front of a small audience,” he recalled. “The words created such a magical impact that the gathering was in a state of trance and it was hard for me to announce the tea break.” Shahr-e-Afsos was first performed in 2004 by Ajoka and Intizar was the chief guest at its premiere.

Ajoka, director Madeeha said, has always tried to combine entertainment and high artistic standards with raising issues and questions, which we have been facing as a society and provide our audience a forum for dialogue and introspection. “Sometimes reality presented as theatre can make the audience realise the contradictions, injustice and traumas, which have been suppressed or ignored for various political, social and psychological reasons,” she believed.