Actor has reportedly been dating Sandeep Toshniwal for a few years

Looks like things are getting serious between Karisma Kapoor and Sandeep Toshniwal, CEO of an Indian pharmaceutical company. 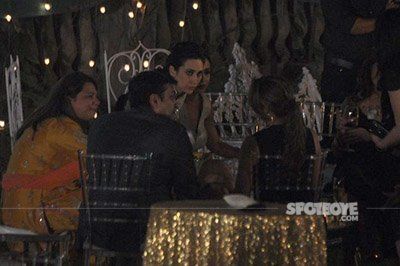 According to Spotboye, the 90s Bollywood sensation was seen introducing Sandeep - her rumoured boyfriend of a few years - to the guests at her father Randhir Kapoor's 70th birthday bash on Wednesday. The event was held at the Kapoor's farmhouse in Chembur. 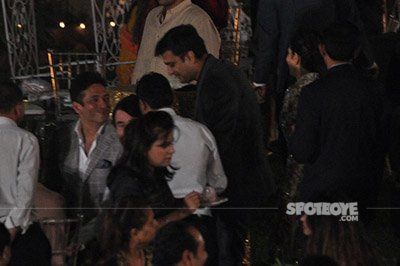 As is evident in the pictures, Karisma and Sandeep were busy interacting with everyone at the party. The rumoured couple have made public appearances together before but this was the first time the former was seen introducing him to her family in public as well as her Bollywood clan. Karisma's mother Babita can also be seen in the pictures. 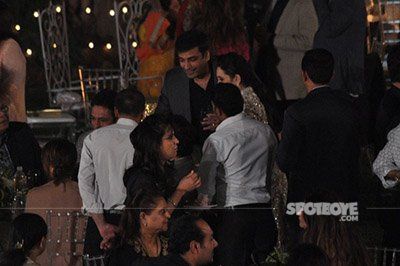 Rumour has it that Karisma and Sandeep are planning to tie the knot as soon as the latter's divorce is settled. He is married to a Delhi-based dentist Dr Ashrita. 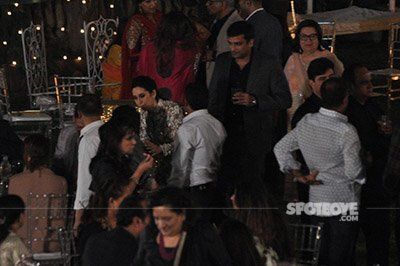 Just a few days ago, a friend of Dr Ashrita's claimed Sandeep has been unfaithful to her with a certain media person. The names were withheld upon request.

Lalit | 5 years ago | Reply @Bunnyfunny Isn't he right...atleast the kind of money Bollywood movies are making in Pak(hint:more than Paki movies) say so.
Sial | 5 years ago | Reply The unsatisfied lives of celebrities.
VIEW MORE COMMENTS
@BunnyFunny | 5 years ago | Reply @Bunny Rabit - another Indian Punjabi who thinks Pakistan is enamoured with Bollywood. Seriously, just go worry about sanitation or female infanticide practised in your neck of the woods.
Junzi | 5 years ago | Reply Tribune, its high time you should up the level and stop posting stuff like that. I am sure people are least bothered on what K kapoor is introducing, eating, shitting etc. This is ridiculous peace of trash posted for the readers, considering what's going around in Pakistan blasts etc, and knowing who is behind all that carnage, we should be patriotic enough not to post stuff like that.
Bunny Rabbit | 5 years ago | Reply I am all for finding love again but what kind of a man leaves his own children and starts playing papa to some one else's children ?
Replying to X
Saved ! Your comment will be displayed after the approval.
Error !
Error! Invalid Email.