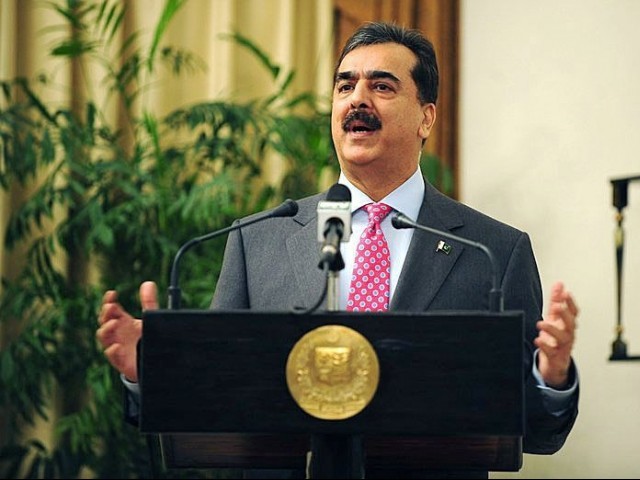 In what is being seen as a bid to strengthen the South Punjab vote bank of his party, Prime Minister Yousaf Raza Gilani said on Sunday that the formation of a Seraiki province would be part of the Pakistan Peoples Party (PPP) manifesto for the next elections. He also told his detractors that his government would complete its five years in office, “come what may.”

Gilani was addressing a public gathering at the Jalalpur Pirwala stadium, more than 90 kilometres from Multan, after inaugurating an electricity project here. His announcement of support for a Seraiki province was met with a loud roar of approval and applause from the audience.

The creation of a Seraiki province is a long standing demand of people of the area. Seraiki is widely spoken in southern Punjab, whose people have often complained of a lack of development in their region compared to northern parts of the province. Gilani himself holds a national assembly seat from Multan. Last year, several PPP MNAs from the region raised the issue of a new province in the National Assembly as well as in meetings with President Asif Ali Zardari.

On Friday, Gilani told a gathering of journalists in Karachi that he was not against the creation of separate provinces in the country “provided it is done within the parameters of the democratic framework.” When asked about a separate  Seraiki province in South Punjab, Gilani said he would favour such a proposal.

Analysts say that PPP support for a Seraiki province is seen within the party as a vote winner and a way to shore up its support in the area which is under threat from religious extremists. It may also trouble the Pakistan Muslim League-Nawaz, which heads the provincial government and whose top leadership is thought to be opposed to a division of Pakistan’s most populous province.

Gilani said that his government would protect the powers of all of Pakistan’s democratic institutions, including parliament. “We have neither interfered in the jurisdiction of others, nor will we allow others to interfere in our affairs,” he said, in an apparent reference to his government’s dispute with the Supreme Court over the appointment of the National Accountability Bureau (NAB) chairman.

“Those talking about change should not seek a five-year performance after just three years. The people have the right to hold their representatives accountable through the ballot after five years,” he said.

He said that a countrywide poverty survey was in progress under the Benazir Income Support Programme and those identified as poor would be entitled to health and life insurance. He said that a list of people too poor to pay their gas or electricity bills was also being prepared and they would be provided relief.

Earlier talking to reporters, the prime minister said that there should be a joint strategy to control law and order in Karachi, but this was a provincial subject that came under the purview of the Sindh government.

He said that the law enforcement agencies had been told to step up their efforts and provide information to the provinces. “We have to work together to tackle the problem,” he added.

Gilani said that the recent resolution passed by the Sindh Assembly condemning the Supreme Court’s NAB chairman decision was the voice of the people. “I respect the mandate of the people and I support the resolution by the representatives of the people,” he said.

To a question about the Raymond Davis case, he accused the media of creating hype. “Nobody should try to be more patriotic than us. We are as loyal and patriotic as any Pakistani can be,” he said. “The government will not take any step that undermines the dignity and honour of the country.”

On Sunday, the prime minister inaugurated three grid stations, which cost some Rs1 billion, that will benefit more than 41,000 consumers in southern Punjab. He also inaugurated a flyover and a cancer ward at Nishtar Hospital in Multan.