Exploring the footsteps of Indus civilisation

Exploring the footsteps of Indus civilisation 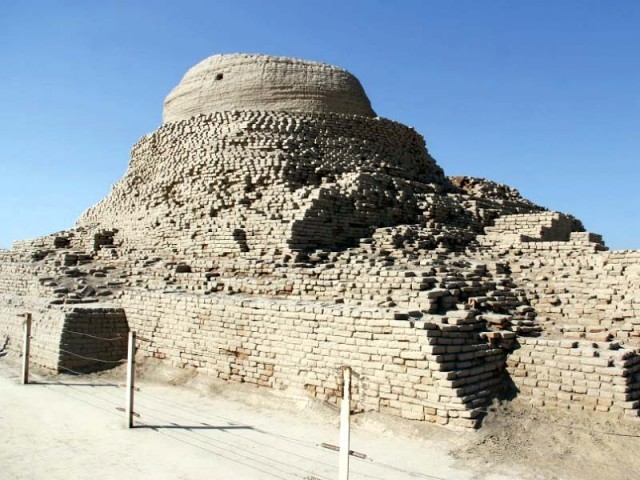 The three-day conference at Mohen Jo Daro, currently under way, is focusing on the protection and preservation of the most ancient civilisation. PHOTO: AYESHA MIR/ EXPRESS

MOHEN JO DARO: Speaking on the second day of the International Conference on Mohen Jo Daro and the Indus Valley Civilisation on Friday, Dr Uzma Rizvi, an associate professor of anthropology and urban studies at the Pratt Institute of Art and Design in the US, presented her paper on ‘Early Urban Forms: Architecture, Infrastructure and Access at Mohen Jo Daro’. In order for everyone in the audience to understand her session, she spoke in both English and Urdu. Though the session was very technical, it dealt with a very interesting issue; the concept of materiality and how surroundings affect people and their lives. Dr Rizvi spoke of ratios and how Mohen Jo Daro was built on ratios; from the homes to the streets to the bricks, everything was built in using standardised measurements and ratios.

In her work,  she explored the implications of bricks, both mud and fire bricks, and the philosophical impact of standardisation on the Indus cities’ inhabitants. “These bricks are literally the building blocks of the civilisation,” she explained.

Dr Rizvi said the bricks are also the foundation of technopolitics in the Indus civilisation. Proportionality is closely linked to the people, she said, adding that ‘the Indus body is linked to the Indus brick’.

The basic premise of Dr Rizvi’s paper was the concept of identity and how the urban structure of the city influenced the peoples’ identity. Identity is comprised of different aspects and we want to discover what the components were of the people of the Indus civilisation, she told participants.

“We are also exploring the concept of centralised power, which has left traces on the projected movement of the people,” she said.“Our questions are formed based on our own environment,” said Dr Rizvi, theorising that therefore, previous researchers also had their work and theories influenced by their surroundings. The theory of standardisation in Mohen Jo Daro could have been influenced by archaeologist V Gordon Childe’s work during the 1950s when institutions such as the International Organisation for Standardisation and North Atlantic Treaty Organisation were formed. “Standardisation is linked to urbanism in the first cities of the world,” explained Dr Rizvi.

She ended her session by reminding participants of the political implications of urbanism in Mohen Jo Daro. “I want to remind you how politically active these bricks have been all along,” she said, explaining that in 1963 Pakistan called Unesco in to explore the site and things progressed from there.