Mourinho wants United stars to turn his frown upside down

Mourinho wants United stars to turn his frown upside down 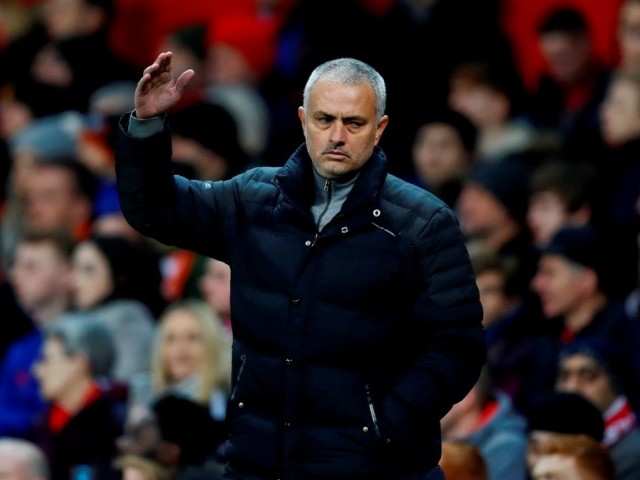 LEICESTER: Jose Mourinho wants Manchester United’s misfiring stars to put a smile back on his face by blitzing troubled Leicester on Sunday.

Mourinho has cut a frustrated figure in recent weeks as his side delivered one punchless display after another. His anger boiled over following Wednesday’s goalless draw with lowly Hull when he stormed out of a television interview, criticised the referee and claiming the authorities punish him more severely than his managerial rivals.

United are unbeaten in 14 league games, but seven of those have ended in draws, including the last three. Their 33-goal haul in the league is 12 less than any other top six side and Swedish veteran Zlatan Ibrahimovic is the only one of United’s forwards posing any threat to opposing defences.

With United trailing four points behind the top four, Mourinho knows it is essential for his sixth placed team to find a significantly sharper cutting edge if they are to qualify for the Champions League.

Rules are different for me, complains Mourinho

“I have to agree with you that we don’t score enough goals and some of our players from these attacking, creative positions they could – they should – score more goals,” he said.

Given United’s recent problems and Leicester’s current predicament, this weekend’s clash at the King Power Stadium offers an opportunity for one team to get back on track while plunging the loser into deep despair.

Mourinho wants Martial to prove his worth

Spluttering champions Leicester have made an even worse job of defending the title than Chelsea’s pitiful effort under Mourinho’s management last season.

Just 10 months after their fairytale triumph, Claudio Ranieri’s side are languishing two points above the relegation zone after losing their last three matches and winning just one of their previous eight.

Mourinho didn’t expect Leicester to be involved in the title race this term, but he has no intention of underestimating them on Sunday.

“It was amazing what they did, but they were working one complete season with one match per week, competing against other teams domestically that were playing in the Champions League and not them,” said Mourinho.

“That is a big, big, big difference for them. So, nobody would expect them, I think not even them, to be fighting for the title again, but the manager is there, the players are there, and they are a very good team.

As if Leicester, beaten by a controversial late goal at Burnley in midweek, hadn’t suffered enough bad luck lately, they discovered striker Islam Slimani will miss the United clash after suffering a groin injury.

Leicester are yet to score a league goal in 2017 and will face a tense struggle to avoid relegation in the final weeks of the season unless their results improve quickly.

Ranieri is pinning his hopes on Leicester rediscovering the incredible work rate that carried them to the title and he saw encouraging signs against Burnley.

“The pressure is split to everybody. All my players want to win. Then the pressure is on the manager, always, but it’s not my first year as a manager,” he said. “The players have to fight for Leicester. Everybody is fighting, we lost in the 87th minute and you know how we lost but we fight until the end.”