CM clarif­ies he never stated that Tareen was a loan-defaul­ter but a ‘benefi­ciary of writte­n-off loans’
By Danish Hussain
Published: February 3, 2017
Tweet Email 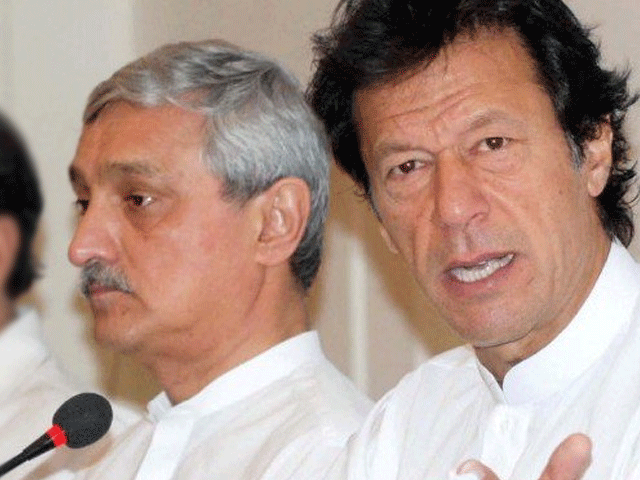 ISLAMABAD: Punjab Chief Minister Shahbaz Sharif on Thursday claimed he possesses evidence proving that loans worth Rs349.054 billion were written off for two industrial entities in which PTI’s general-secretary Jehangir Khan Tareen is a shareholder.

The chief minister’s response was provoked after a lawsuit was filed by Tareen in an Islamabad district court, accusing the Punjab chief minister of making ‘false allegations’ regarding the lawmaker’s [Tareen’s] loan default.

The petition was filed in November last year, refuting Shahbaz Sharif’s claim that Tareen had gotten bank loans written off and had usurped public funds.

According to Tareen, this statement was made by Shahbaz at a public gathering in Rajanpur on April 25 last year. Tareen’s petition also claimed that the Punjab chief minister repeated the allegations at a news conference on October 26 the same year.

The PTI lawmaker demanded Rs30 billion in damages, as well as a permanent court injunction, restraining Shahbaz Sharif from repeating the allegations.

However, the Punjab CM not only repeated the allegations, but also provided some details.

“Tareen has remained, and continues to remain, on the Board of Directors of the Superior Textile Mills Limited and Tandlianwala Sugar Mills Limited. Collectively, loans amounting to Rs349.054 billion drawn against these entities were written off in 2004-05”.

During 2004-05, Tareen was the minister for industries and production.

Defending his claims, he said that the statement was for “public good” and based on truth, adding that Tareen used his office to get these loans written-off from two different banks.

The CM said Tareen’s financial interests were aligned with these companies because he holds the position of director/ shareholder in these companies. The CM clarified that he never stated that Tareen was a loan-defaulter but a ‘beneficiary of written-off loans’.

Pakistan in a quandary over Trump’s travel ban