There should be a cut-off date on such issues for film produc­tions to fall in line, says Rishi
By IANS
Published: February 1, 2017
Tweet Email 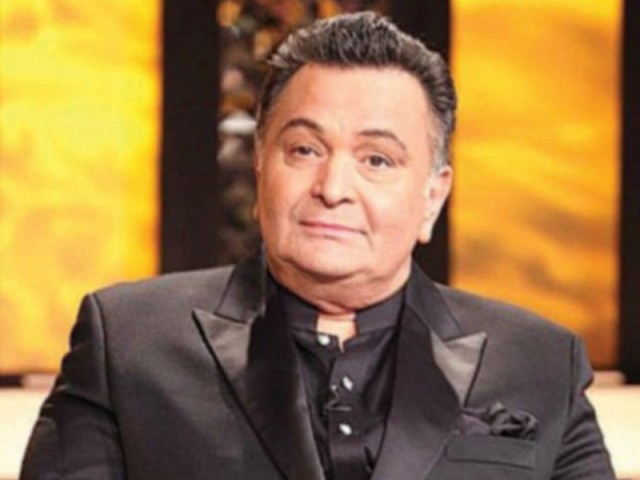 Known to call a spade a spade, veteran actor Rishi Kapoor has pulled up authorities for confusing filmmakers on the issue of casting Pakistani actors post Uri attacks.

In a candid interview, Bollywood’s “Chintoo Uncle” said it was unfair to suddenly ban artists from Pakistan and there should be a cut-off date on such issues for film productions to fall in line.

The Indian Motion Picture Producers’ Association (IMPPA) had banned Pakistani actors, singers and technicians from working on Indian films in the wake of woresening Indo-Pak ties.

“Films are not planned in one or three days. It takes time. You can’t say that you’re going to ban a picture,” said Kapoor, who acted alongside Pakistan star Fawad Khan in his last hit Kapoor & Sons.

“You’ve been working for the last six months. These are unfair rulings and bullying tactics. You must give a cut-off period. It gives us time to finish our films and henceforth we will not take them.

“Sometimes some skirmish happens in the border and your whole thinking goes wrong. Sometimes you shake hands and say go ahead. You’re confusing your country, people.

“Either you shake hands or don’t shake hands. Why does Modi have to go to Pakistan and shake hands when you know skirmishes will happen,” Kapoor said picking on Prime Minister Narendra Modi’s surprise visit to Pakistan in December 2015 to meet his counterpart Nawaz Sharif.

Pakistani actor Mahira Khan fell victim to the IMPPA ruling when she could not promote her debut Bollywood flick Raees with Shah Rukh Khan in India.

Kapoor recently received a Filmfare Award for Best Supporting Actor for his role in Kapoor & Sons, a story of a dysfunctional family where the 64-year old actor plays the grandfather.

Ranbir doesn’t want to be a father like me: Rishi Kapoor

“Kapoor & Sons for me is like I have created my own Frankenstein, my own monster. Now, whichever film is narrated to me, I reject it because I want it the same way,” the romantic hero of the retro era said.

Talking about his autobiography Khullam Khulla, the actor, who had won a National Award for his debut role as a child artist in Mera Naam Joker, said it was always difficult matching the steps of Amitabh Bachchan during his heyday.

“In my book, I have always tried to put myself down and talk about my weaknesses, losses and failures. I have just been as honest as I can. There are things I don’t need to say but I have said also. It’s like a confession box statement,” said Kapoor, who is known for blockbusters such as Bobby, Amar Akbar Anthony, Hum Kisise Kum Naheen and Karz.

“There’s a wrong notion in people’s minds that actors’ children have it very easy. We don’t have nepotism in our industry. There are so many cases where actors’ sons and daughters have failed also. It’s only about the first film where you are launched. After that, you’re on your own.

Kapoor said his struggle started after he got stardom.

“My struggle was after I got stardom. I had to survive in an action-oriented arena.

“The whole era of films changed after the entry of Mr Bachchan in 1973. For me, it was an ordeal to battle the Angry Young Man (as Bachchan was referred to).

“I have always been struggling to match the strides of the Angry Young Man. For me, it was difficult to survive as I was only doing musicals. Others were doing action films.”