CricFl­ex consis­ts of small motion sensor­s attach­ed to a sleeve that a bowler can wear
By Sports Desk
Published: January 30, 2017
Tweet Email 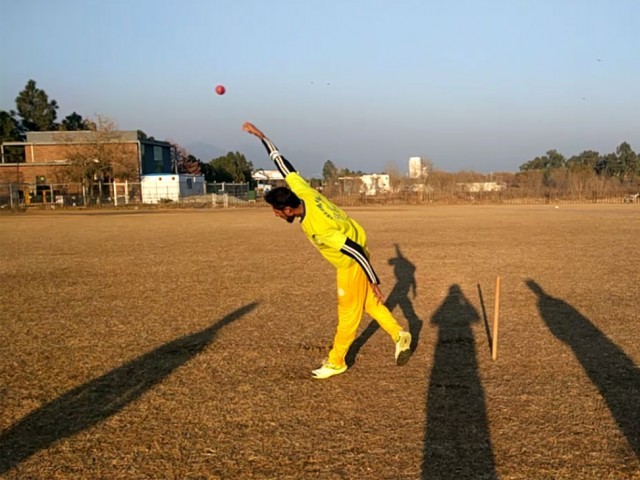 Students of the National University of Science and Technology (NUST) created a product which can help cricketers know just how much their bowling arm flexes during delivery.

The product, which is called CricFlex, consists of small motion sensors (of the sort used in phones for orienting maps) attached to a sleeve that a bowler can wear. The device sends its readings to an app, either on a mobile phone or a computer, immediately after the bowler has delivered.

The students have already patented the technology in the US, whereas they have also published a research paper on the technology, which was accepted at an MIT conference in 2015.

According to the head of the five-member team that created the revolutionary produce, the university project began after the ban of off-spinner Saeed Ajmal in 2014.

The work of the CricFlex team has already been acknowledged by a leading biomechanist as well.

The team further went on to say that their main purpose is to make CricFlex accessible at the grassroots level, and eventually implemented in live games.

The estimated cost of CricFlex is $300, and the team are likely to use the Pakistan Cricket Board (PCB) biomechanics lab, which is established at Lahore University of Management Sciences to further test their readings.

The story originally appeared at ESPNCricinfo.