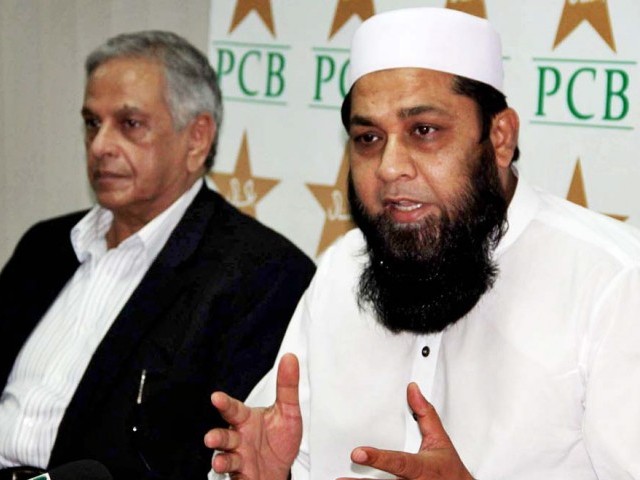 Inzamam says changes will be made in following months. PHOTO: ONLINE/ Anwar Abbas

Pakistan Cricket Board Chief Selector Inzamamul Haq said on Friday that the board selected the best team for the recently concluded tour of Australia; however, he indicated that there will be changes in the national team.

Speaking to mediamen in Lahore, the former captain said he was responsible for the selection of the national team, adding that coaches and captains also had their say in the process.

“I was the one who selected the squad for the [Australia] tour, but coaches and captains were also given their say in the matter,” he said. “We picked the best team for the tour [Down Under].”

Pakistan lost the Test series 3-0 against Australia followed by a 4-1 defeat in the ODIs. Inzamam said the team will face major overhauls prior to their next tour of the West Indies. “I will not take names, but there will be big changes in the team,” he said.

He added: “Players with best performances will be in the team, and new players will come into the side following the conclusion of the second edition of Pakistan Super League.”

On the question of the selection of all-rounder Mohammad Hafeez in the ODI squad on the eleventh hour prior to the series, the chief selector said the argument is ‘incorrect’.

“Hafeez was the country’s best ODI player [for the past year], so the argument of adding him thoughtlessly is incorrect,” he said.