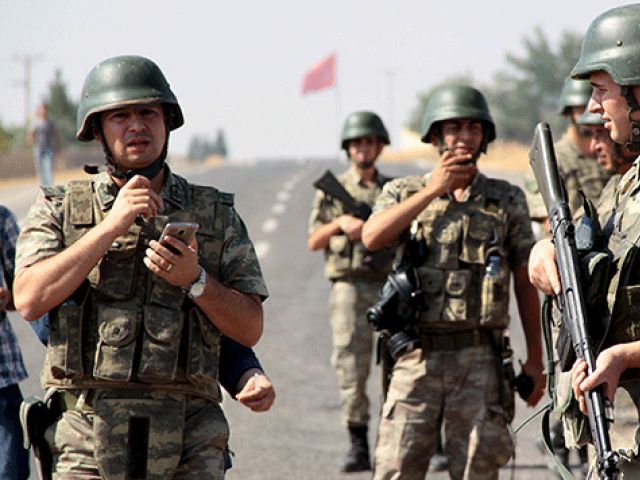 BERLIN: About 40 mostly high-ranking Turkish soldiers who worked at NATO facilities in Germany but were suspended after the failed coup in Turkey in July have requested asylum in Germany, news magazine Der Spiegel and broadcaster ARD reported on Saturday.

No comment was immediately available from the government or NATO officials.

The reports of the asylum applications filed by Turkish soldiers in Germany came as Chancellor Angela Merkel prepares to travel to Turkey to meet President Tayyip Erdogan.

Ties between the two NATO partners have been strained over issues including alleged spying by Turkish clerics in Germany, German concerns about Turkey’s crackdown on dissidents, and Ankara’s accusation that Berlin is harboring militants from the Kurdistan Workers Party (PKK) and far-leftists of the DHKP-C.

The report quoted officials with German federal migration office and the interior ministry as saying that the asylum applications would be handled as all others.

Norbert Roettgen, head of the parliamentary foreign affairs committee, told Spiegel that political considerations could not play a role in asylum cases.

NATO Secretary-General Jens Stoltenberg told a conference in November that some Turkish military officers posted to NATO in Europe had requested asylum but gave no specific numbers.

Reuters reported in October that Turkey had fired hundreds of senior military staff serving at NATO in Europe and the United States after the coup. Most were recalled to Turkey, but some chose not to return, fearing reprisals.

Greece’s Supreme Court this week ruled against the extradition of eight Turkish soldiers who fled to Greece in July after the abortive coup.